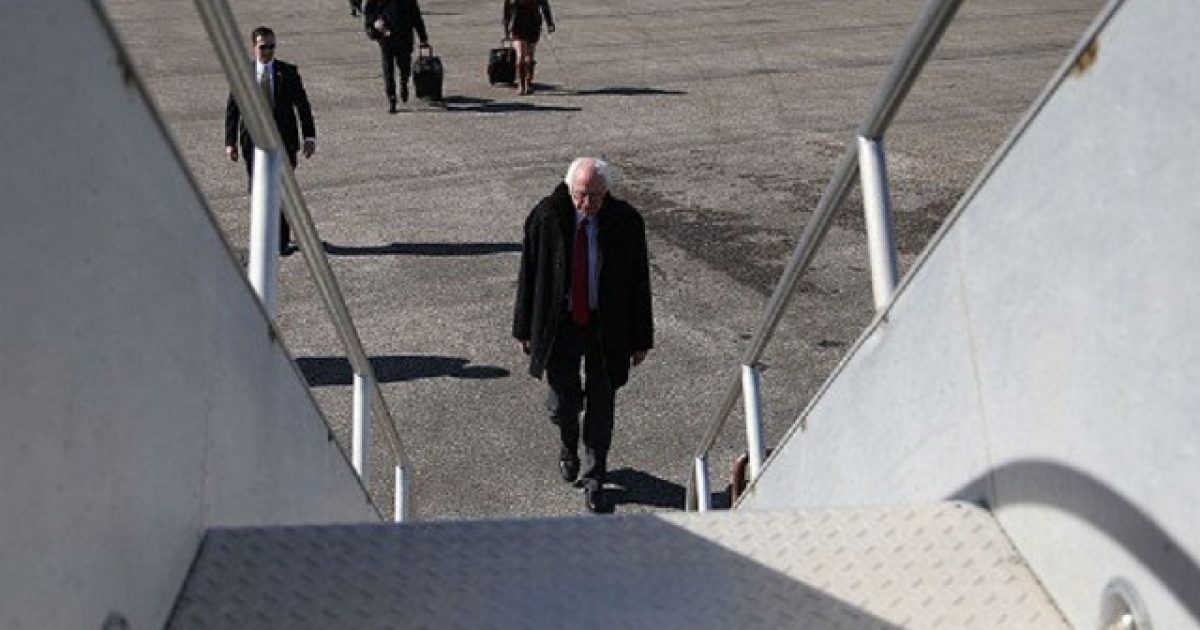 Socialism pays, at least for those who know how to work the system!

For those wondering why Bernie Sanders has dropped every chance to put the hammer of Thor on Hillary Clinton, I have the answer: Socialism pays.

In a recent interview with George Stephanopoulus, Sanders was offered the chance to beat Hillary upside the head and neck. He passed.

Stephanopoulus asked Sanders what should happen, given the revelations of WikiLeaks. Sanders commented that he had already asked for Wasserman-Schultz to step down.

Sanders quickly pivoted,  and started to discuss how much he had changed the Democrat’s platform. He made NO attempt to throw crooked Hillary Clinton under the bus, even knowing that Clinton added Wasserman-Schultz to her campaign as honorary chair.

As Thomas Lifson of American Thinker reports, Sanders got quite the payoff.

A member of the Bernie Sanders campaign left behind in a Los Angeles hotel a memorandum titled “End Game,” detailing the terms the team evaluated demanding of the Democratic National Committee in return for an endorsement of the Clinton candidacy.  It was written and discovered just before the June 7 California primary and was turned over to lefty site BuzzFeed, which is publicizing it now.  BF summarizes:

The document reveals a campaign in its final days, considering whether to fight on with a “divisive critique” of Clinton, yet attuned to diminished influence inside the party. (snip)

The memo begins with a pressing question: Should Sanders concede defeat and endorse Clinton, appeasing the Democratic establishment? Or should he fight through the convention and “force a roll-call vote for the nomination,” re-opening “a divisive critique of Clinton” and casting the party’s controversial superdelegate system in a negative light?

The campaign concedes that the latter scheme would require a robust plan “beyond the scope of this memo,” but acknowledges that regardless of a delegate strategy or convention floor operation, Sanders would face “two difficult challenges”: attacking Clinton “on viability and substance,” and engaging “in divisive committee and floor battle over rules and credentials.”

Sanders should be ashamed of himself, and I continue to hope that his donors sue him, Hillary Clinton, and the DNC. This is a three-way conspiracy. Sanders never intended to win. He never thought he would be significant. So when he found himself at the brink of winning, he folded his hand. He was holding a full house, and Hillary had a small pair (pardon the pun).

The Democrats’ convention has barely begun, and the fireworks have started. This convention will be on for the ages.

We will continue to watch for B B B Bernie and the Jet!