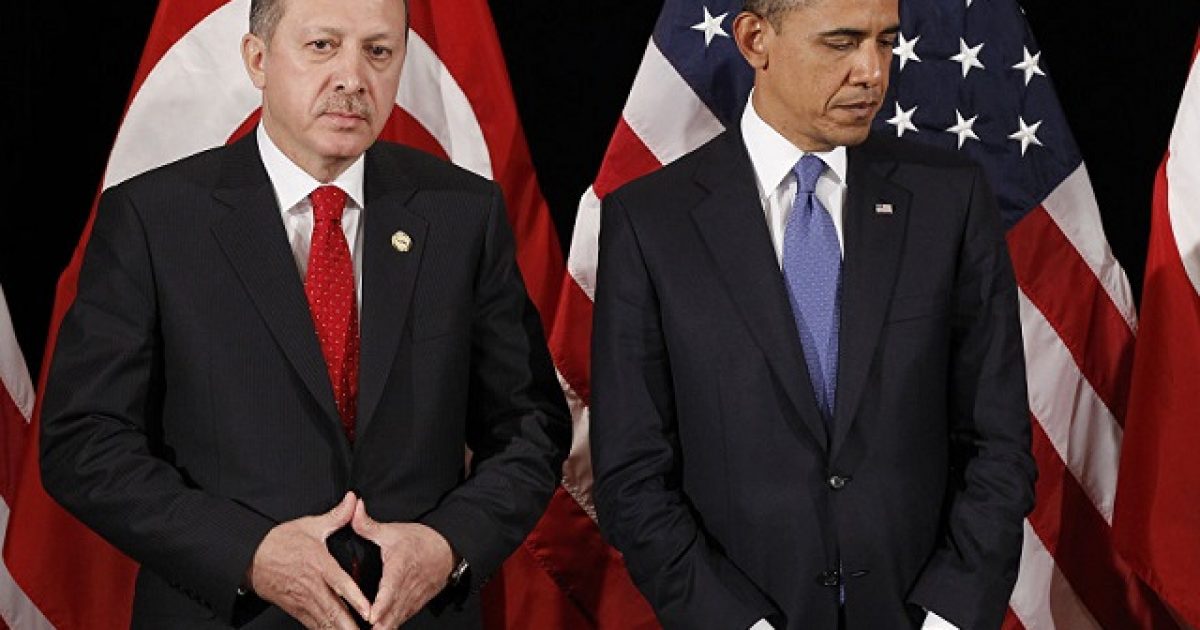 What the world witnesses in the Turkish coup attempt is a direct result of the foreign policy of Barack Obama, ergo the residual of Hillary Clinton’s failed job as Secretary of State.

The woman who presided over Arab Spring, and a host of other foreign policy failures has her finger prints all over this one, commingled with those of John Kerry. For many, the Turkish coup is no accident. The observant have watched a once great relationship with Turkey deteriorate to adversarial.

Here is how the Washington Institute described it.

The tensions, as reported elsewhere, have been felt personally by the two countries’ leaders. U.S. president Barack Obama and Turkish president Recep Tayyip Erdogan, once amicable partners who held regular phone chats, now differ so starkly on the Syrian war that they avoid regular contact. On January 7, Erdogan vented his frustration with Washington’s limited air war against ISIS: “If you are doing something, do it properly. If you are going to do it with us, you need to value what we say.”

One has to wonder if Obama conspired in the attempted overthrow of Erdogan, given the chill in the relations. Obama excels at regime change, meddling in foreign governments more than almost any Republican.

The Left ignores such “tinkering”, as they prefer to see Obama as pragmatic and wise in foreign affairs. They believe he only gets involved when necessary.

The fact is, Obama is comical in his foreign policy, a rank amateur. In demonstrating his ability to bungle, the pragmatist put crooked Hillary Clinton in charge. A few billions dollars later in The Clinton Foundation coffers, and we are where we are.

The policies of Obama and Clinton have created more refugees than at any time in history. Further, Turkey has accepted so many refugees, they have refused to accept more, saying, “We’re full!”

Consider the United States’ history with Turkey, and it puts the current state of affairs in perspective. Turkey proved itself as a friend of America during the Korean War as chronicled here.

The Turkish intervention in Korea was unique in its timeliness and urgency. The 5,000-man Turkish brigade arrived in October 1950 as U.S. forces, then acting as part of a United Nations coalition, were struggling to survive a powerful Communist Chinese offensive. The following month, the brigade managed to halt an onslaught of six Chinese divisions around Kunu-ri. After the brigade helped stabilize the front, the Commander of the UN Coalition Forces, General Douglas MacArthur, said, “the Turks are the hero of heroes. There is no impossibility for the Turkish Brigade.”

As the war went on, Turkish soldiers continued to bravely aid UN forces, earning recognition from General Walton H. Walker, commander of the U.S. 8th Army, and President Harry Truman, who awarded the Turkish brigade a Presidential Unit Citation. The prestigious award, given to units of the U.S. Armed Forces and allied countries for extraordinary heroism against an armed enemy, recognized the Turkish brigade’s efforts to save the U.S. 2nd Division from total annihilation, losing 717 men in the process.

Turkey ultimately became the fourth largest military contributor to the UN effort, with a total of 15,000 Turkish troops serving in Korea at various times during the war. The camaraderie on the battlefield led to deep relations between American and Turkish soldiers. After they arrived in Korea, the Turkish troops were trained and equipped by the U.S. Army, giving soldiers and officers several opportunities to strengthen their personal and professional ties.

This was a time of American exceptionalism. Countries understood what America stood for and they wanted to join us in the fight for freedom. Consider the outcome of the Korean War. Who fared better, North Korea or South Korea?

Say what you will about war, the outcomes speak for themselves.

Turkey recognized what America is, what the American Spirit means. That is why Turkey asked to join NATO.

Although some Turkish leaders wanted to pursue a more neutral foreign policy following NATO’s snub, Turkish policymakers continued to pursue NATO membership, believing the alliance offered Turkey the optimal western anchor. Turkey’s key contribution to the Korean conflict then made it impossible for the allies to turn down Ankara’s renewed membership campaign. In September 1951, Turkey, along with Greece, had received a formal invitation to join the alliance.

Turkey’s support didn’t end there. During the Cold War, Turkey helped constrain the Soviet Navy in the Mediterranean.. Turkey also provided one of the largest armies in Europe and hosted key NATO military facilities, facilities America used freely until the time of Obama.

Turkey used to be our friend. But then somebody wanted to be the smartest guy in the room and ruined our friendship.