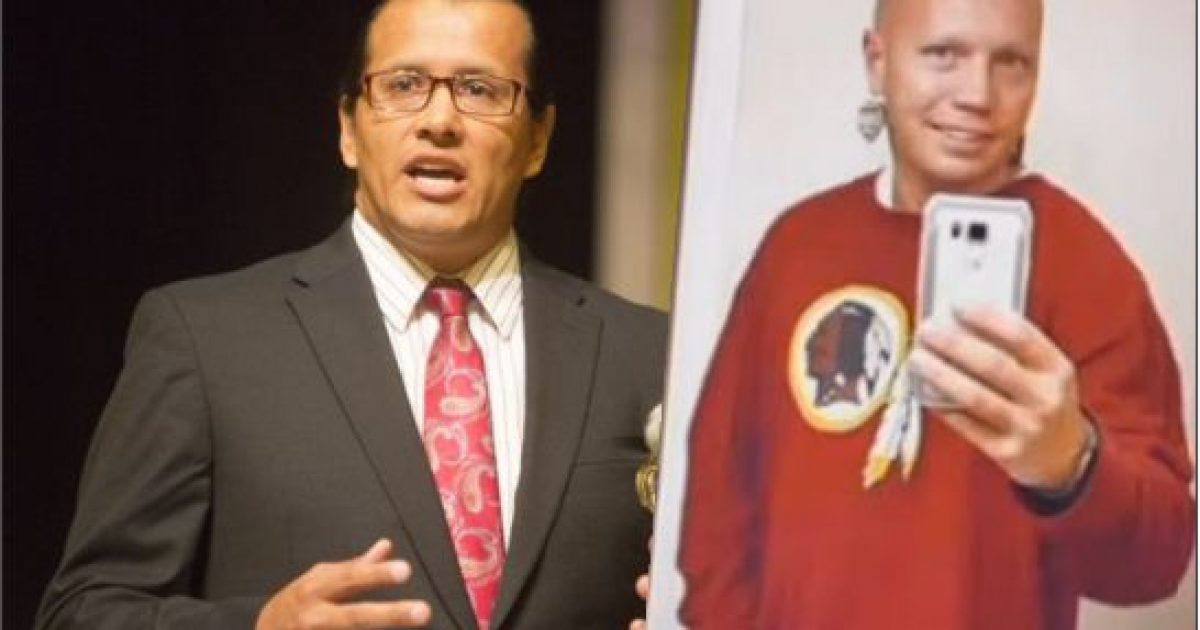 The report is, “…an autistic Native American man, Barrett Dahl, was assaulted by a White House official, a Mexican man, William Mendoza. Mendoza the Mexican attacked Dahl the Indian for wearing a Redskins jersey.”

How dare that Indian wear the Washington Redskin’s jersey, after the jersey had been OUTLAWED!

So what the logo was a matter of Native American pride, and Indians love it. Liberals have deemed the jersey socially unacceptable.

Trigger warning: If you are seen wearing any garb that pays tributes to Native Americans, you will get your ass kicked.

As for this case, the intolerance gets even better. It turns out, Dahl is autistic!

“He comes to me and calls me the name “weetard”. not retard, “weetard.” ‘You’re a weetard for not understanding Redskins is offensive.

Where are you from? You’re so stupid and uneducated. You don’t understand Redskins is offensive?

And I tell him I’m from Oklahoma as I’m very proud to be and that’s when he spits on me.”

An Indian named Dahl who is a student at the University of Oklahoma and proud member of the Choctaw Nation. Dahl visited Washington, DC on a school trip to the White House.

While at the White House, Dahl was approached by a White House staffer (the Mexican in this story) William Mendoza, where the two had a pow wow, of sorts.

Mendoza insults Dahl, who is mentally handicapped. Then, Mendoza reprimands Dahl for his insensitivity to Indians (Remember: Dahl is the Indian in the story). Finally, Mendoza spits on Dahl, as a DNA reminder of the incident.

You can bet Mendoza will soon get a medal from the Obama administration. Moreover, I fully expect the Hillary Clinton campaign to begin vetting this stellar politically correct police officer for his boldness in getting that escaped Indian back on the reservation.