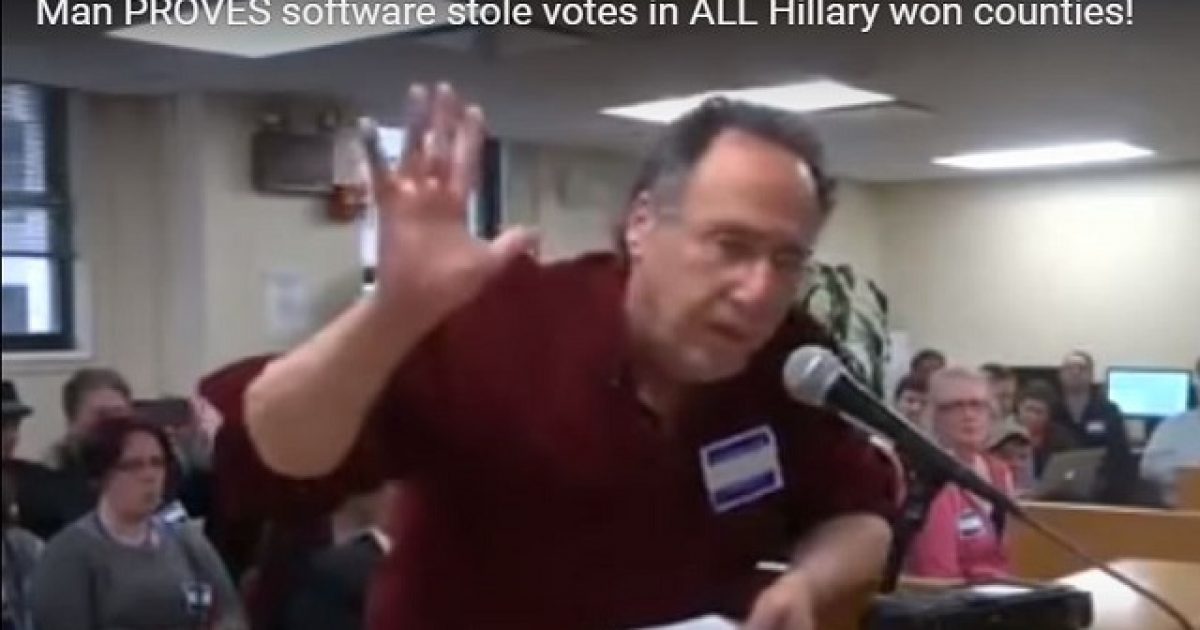 A New York man knows the deal. Elections are being stolen in this country, and it’s at the hands of Democrats, who have taken election fraud to new levels.

We all know that election fraud occurs. Democrats downplay it, noting “anecdotal” prosecutions of those caught. They say, “It’s only a handful!” as if fraud at certain levels should be overlooked.

The Left is much more clever now, as they have electronic voting machines. Moreover, the Left has written the rules so there is no oversight on potential corruption. The situation truly has the fox guarding the hen house.

The man mentions that in each of the 5 burroughs voting is like a black back. The votes go in, but only the election officials know what will come out. He references exit polling that suggests that what went in isn’t necessarily what comes out.

According the complainant, the voter shift in 20 of the 22 precincts has been 12 percent. He claims that 2 percent raises the red flag for election fraud.

He’s not the only person who believes voting machines are rigged.

As reported by The Political Insider,

Voting machines that switch Republican votes to Democrats are being reported in Maryland.

“This happened multiple times with multiple selections. Every time my choice flipped from Republican to Democrat. Sometimes it required four or five tries to get the ‘x’ to stay on my real selection,” the Frederick, Md., resident said last week.

“This is happening here as well. It occurred on two candidates on my machine. I am glad I checked. Many voters have reported this here as well,” Hofmann, a Republican, wrote in an email Sunday evening.

Two other Maryland voters reported the same in Anne Arundel County on Friday.

One astute observer noted that the machines never seem to switch votes from Democrat to Republican.

Wired brings up other instances,

The extent of vulnerability isn’t just hypothetical; late last summer, Virginia decertified thousands of insecure WinVote machines. As one security researcher described it, “anyone within a half mile could have modified every vote, undetected” without “any technical expertise.” The vendor had gone out of business years prior.

Luckily, Trump recognizes this as the biggest threat to him and the Republic. Perhaps he will do as he has with other controversial issues: sound the alarm, and make people pay attention.

Tiffany Layne - January 20, 2021
We knew this was coming. Still, it's hard to believe Democrats aren't smart enough to keep major Trump policies in place. At least then, they...

Trump’s Inauguration Promise: We’ll Be Back

Hollywood Gears Up for Inauguration with Giant F*<k You!

Send in the Clowns: Biden’s Opening the Gates