I’m sure it’s like the famous Yogi Berra quote, “Nobody goes there, it’s too crowded.”

If they expected overflow at the Baptist National Convention due to Hillary Clinton’s presence, they were sadly mistaken.

Workers cutting the room down by a third with lower than expected turnout for #clintonkc speech.pic.twitter.com/L60YFfBpO1

@HillaryClinton: people who look at Black America and see only poverty crime and despair, miss the Black church pic.twitter.com/J6NRcRSDtS 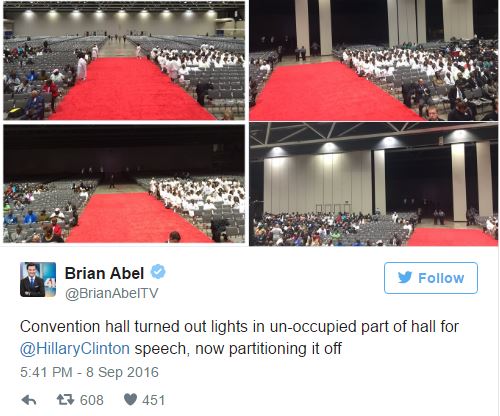 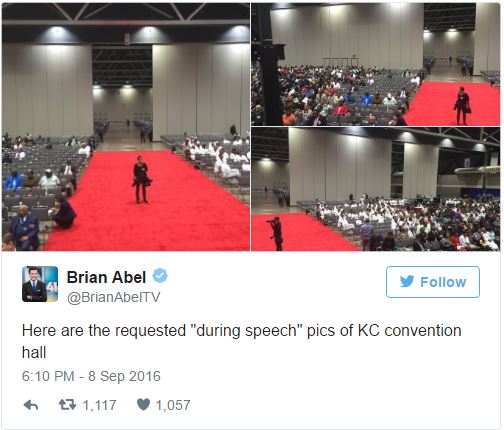 In the second photo you can see how the convention center actually added partitions, so the anemic crowd appears larger.

Imagine how many people would have come to see Michelle Obama, and you get an idea of how “important” Hillary Clinton is.

The other interesting factoid is there are many blacks who are part of this convention. They couldn’t be bothered.

The optics of this doesn’t bode well for Clinton. This is what she can expect at the polling booth as well.