There was a time when Bernie Sanders drew thousands.

That time was prior to Sanders becoming a sellout. The Sanders revolution is officially over.

While campaigning for Hillary Clinton, Sanders couldn’t pack a small venue, as less than 150 people showed up. 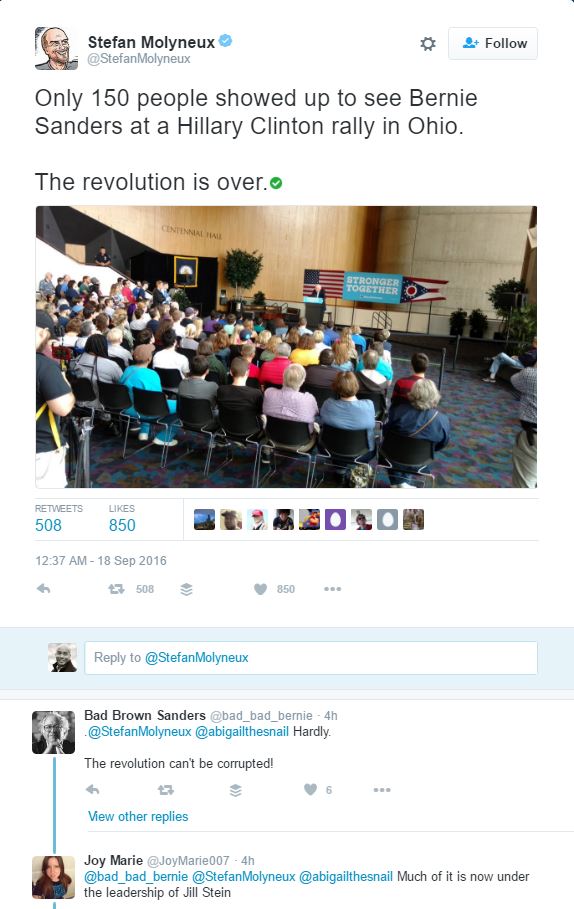 Remember when Sanders could pack the house? It wasn’t that long ago adoring socialist showed up in droves to see the socialist sell them on being sold.

Now that old Bernie has been found out, the crowds have begun to fade. That “Bern” they felt was jock itch, apparently.

Bernie Sanders did Donald Trump a bigger service than the RNC, as Sanders suppressed the socialist vote for Hillary Clinton.

The Democrats know that Sanders has demoralized a huge part of the Democrat base. Moreover, Hillary Clinton hasn’t been able to inspire enthusiasm.

This event showcases the “yuuuge” problem the Democrats have tried to cover up, since Trump won, and Bernie was cheated: Democrats don’t resonate with the American public.