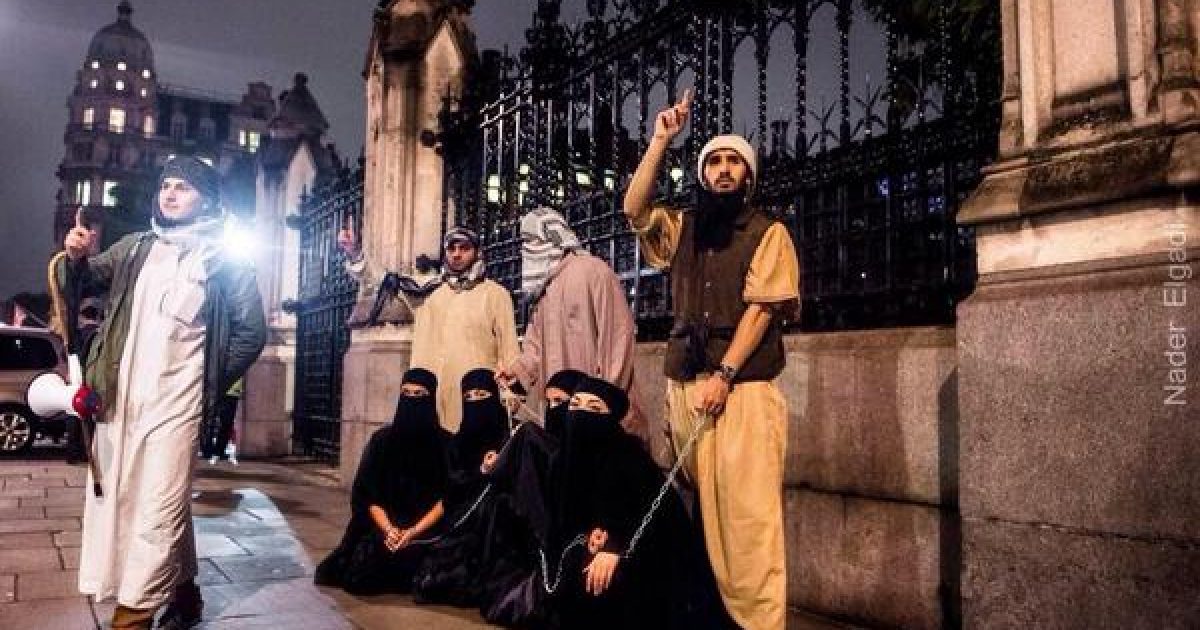 The Clinton Foundation is a front for many crooked activities, and we know why Hillary Clinton is indeed “Madame Secretary.”

The Clintons are all about the money, especially Madame Secretary. The Clintons will allow whatever lawlessness you want, as long as you pay to play, and this includes crimes as sex slave trafficking.

Although Hillary Clinton pretends to fight the fictitious War on Women in America, she gleefully fights against women in countries who have paid her extortion fee. Such is the case with Muslim countries. Hillary Clinton knows these countries condone sex slave trafficking. Yet she and her crooked foundation look the other way.

In the graphic below, these women have been captured in some scam, and are being led to their fate as sex slaves for Muslim pigs. 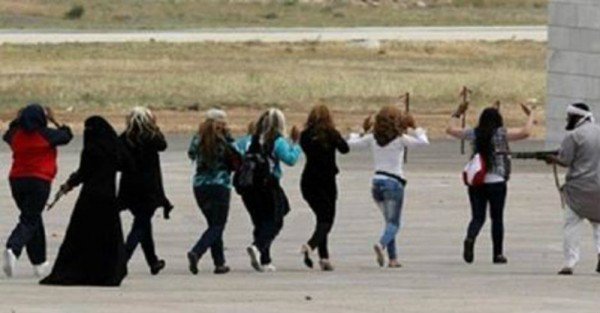 The “fortunate” ones won’t live in squalor, but will service the likes of Bill Clinton, when he’s back from “Rape Island.” 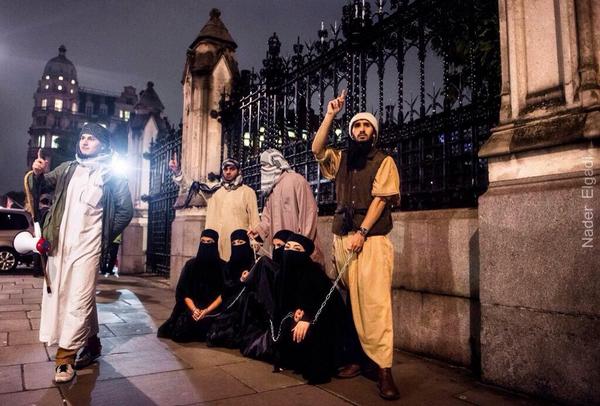 These are the nameless, faceless ones that Hillary Clinton and her crooked foundation ignore, as she fights the fictitious war on women in America.

The Clintons know what happens to women in these countries, and I’m not talking about those walking freely in public. The largest sex slave operations have veritable immunity, and fall essentially under the protection of the American government by way of The Clinton Foundation.

As The Intercept notes:

Hillary Clinton was America’s chief diplomat, and tyrannical regimes such as the Saudis and Qataris jointly donated tens of millions of dollars to an organization run by her family and operated in its name, one whose works has been a prominent feature of her public persona. That extremely valuable opportunity to curry favor with the Clintons, and to secure access to them, continues as she runs for president.

The claim that this is all just about trying to help people in need should not even pass a laugh test, let alone rational scrutiny. To see how true that is, just look at who some of the biggest donors are. Although it did not give while she was secretary of state, the Saudi regime by itself has donated between $10 million and $25 million to the Clinton Foundation, with donations coming as late as 2014, as she prepared her presidential run. A group called “Friends of Saudi Arabia,” co-founded “by a Saudi Prince,” gave an additional amount between $1 million and $5 million. The Clinton Foundation says that between $1 million and $5 million was also donated by“the State of Qatar,” the United Arab Emirates, and the government of Brunei. “The State of Kuwait” has donated between $5 million and $10 million.

At least we know the cost to ignore the lives of women, the useful pawns of the Clintons.