Hollywood and the rest of Liberal America are getting a rude awakening. Instead of trying to be funny, Amy Schumer decided to make a political statement and bash Trump.

What happened next should shock this witch to her core!

As the video shows, the audience wanted NO part of her political bullshit, so they booed her. Then many got up and walked out.

35-year-old Schumer referred to Donald Trump as an

The audience started booing her, to which Schumer lectured, 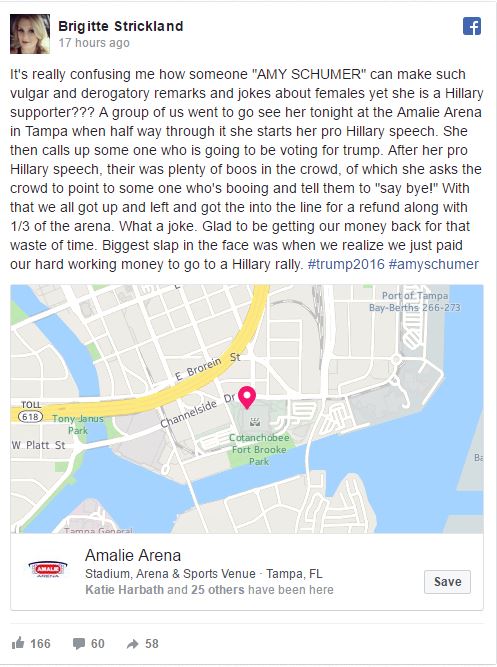 Why did these people even go to see this Millennial clown?

America is long overdue for a Conservative political Renaissance. And these lame Liberals need a wake-up call.

Amy Schumer likely expected full support from her audience, as she lives in a bubble of ignorance. I can only imagine how she felt on that stage, as her ideas were cremated.

She found out that America is not what she thinks. It never is for Liberals. They are twisted people, with twisted ideologies, that we allow to fester and metastasize.

I pray we give Amy Schumer and her ilk a real come to Jesus discovery on Nov 8.