Hillary Clinton didn’t send or receive any classified emails, or so she says. We all know this is a lie, including ALL Leftists, and the complicit FBI.

This witch now running for president on five documented occasions exposed Ambassador Stevens’ locations. The cache of Clinton emails are as follows: 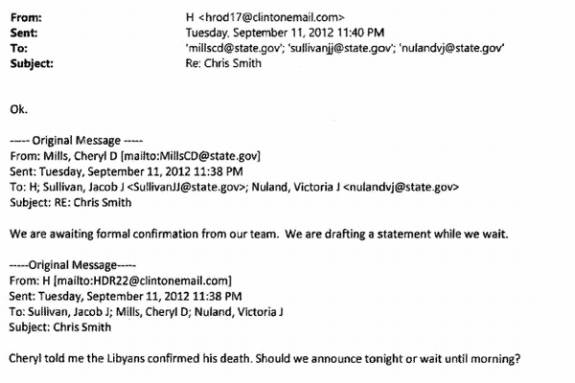 The sad part about this is Hillary Clinton put down the wrong name, calling Stevens, “Smith”.

There is no sense revisiting this too much, as we know what happened. Clinton abandoned a man who worked for her, and whom she called a friend.

There is NO emotion in her email, except “Should we announce tonight or wait until morning?”