Many of us know that it’s no joke that the Clintons will kill you, particularly Hillary Clinton.

Get in Hillary’s way and you end up road kill, proverbially or physically. According to WikiLeaks, death by drone was the fate Hillary Clinton had for him. Apparently Clinton wanted to kill Julian Assange with a drone. 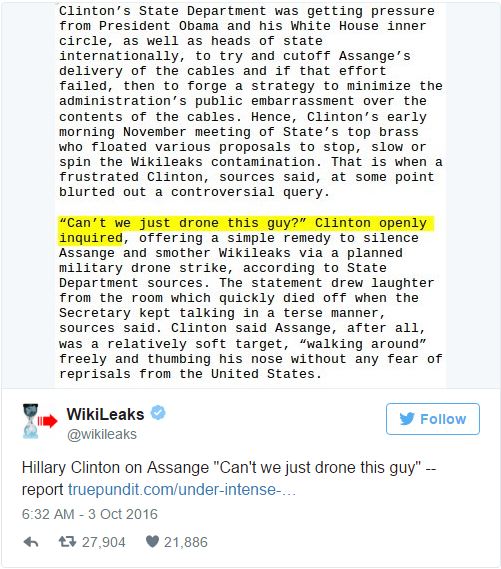 Hillary Clinton will play this off as non-serious banter, however when you consider the death toll in the Clintons’ wake, Assange was smart to take the threats seriously.

Liberals won’t care that KKKillary Clinton wanted to kill Julian Assange. They have no problem that she likely killed others. They want her elected, no matter what. They think she will kill the Conservative movement, including many Conservatives.

She will ultimately kill Liberalism, though she will never become president. It’s because there is still more to come about Clinton.