Hillary Clinton and the brain-dead Leftist morons who support her should consider the actions of the American women’s chess champion.

The top-ranked female chess player in the United States has said she would rather sacrifice her career than submit to demands to wear a hijab at the next world championship. That’s right: the chess champion refuses to wear a jihab.

Nazi Paikidze, the reigning US Women’s Chess Champion, swore to boycott the 2017 contest, which is being held in Iran and will have an enforced Islamic dress code. 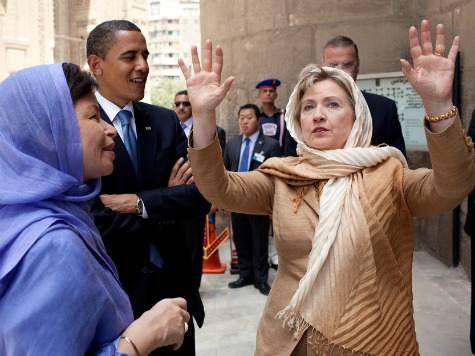 In case Hillary Clinton is reading (then deleting) this article, what Paikidze is doing is fighting the real war on women, and where it actually occurs. While Hillary Clinton plays footsies with radical tyrannical regimes for the sake of money, Paikidze stands on principles.

Paikidze admitted that the decision will harm her career, but said that doing the bidding of an oppressive regime in order to compete is not a price worth paying.

In an interview with the founder of My Stealthy Freedom, a campaign against Iran’s hijab laws, she said:

“I will NOT wear a hijab and support women’s oppression. Even if it means missing one of the most important competitions of my career.”