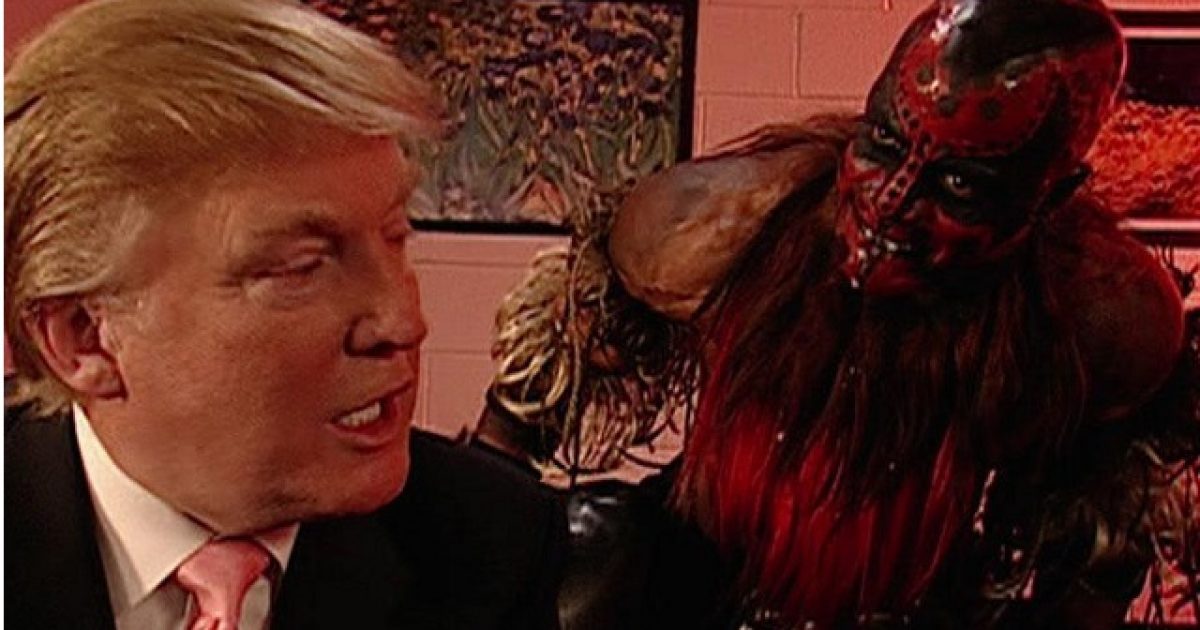 The NY Times casts Trump as the boogeyman, apparently. Who else would even print a nonsense story like this?

In years past the list of boogeymen has changed. In 2012 it was Romney. Before that, George W. Bush. And then there is the perennial boogeyman, Rush Limbaugh. But now that the reality star and billionaire businessman has placed an R after his name, the latest boogeyman is Donald Trump.

Just in time for Halloween, the Paper of Record published a seven-year-old’s nightmare sure to send chills down the spine of many Hillary Clinton supporters: Out of nowhere, Donald Trump appeared.

That alone may scare even the most intrepid New York Times reporter, but it gets worse: this isn’t “bad-hair Donald,” this is “zombie” Donald, and he’s going from house to house evicting Muslims and throwing them in jail.

The dream was described to the paper by a seven-year-old Muslim girl living in New York City’s “whitest” borough, Staten Island. She reportedly had the nightmare after watching the second presidential debate with her family when Trump called for a “total and complete shutdown of Muslims entering the United States.”

She reportedly told her father about her vision of the “zombie Donald” and he reassured her.

Elcharta got it wrong. Hillary Clinton and other Leftists are just talk. Trump is about doing. And with the backing of 60+ million in the Tea Party Community, he will change the corrupt nature of politics.

The article is titled “I Had a Scary Dream About Donald Trump: Muslim Parents Face a Tense Election.” Yet again the Left has a narrative to promote, and they will use whatever means necessary to do so.

“Is there no level too low for you to sink, you fear mongers? Bringing a child into this?”

The answer is, “NO!” There is no level to which the Left will not stoop. There should be no level for us either. At least we’d be stooping for righteousness.

DeSantis Fires Back at WH for ‘Baseless’ COVID Claims
The Floridian

Kevin Jackson - August 2, 2021
I’m sure the bioweapon created by the Chinese in their Wuhan virology lab has morphed into something new. But it didn't morph into what is...

Flu History and the Wuflu Scamdemic