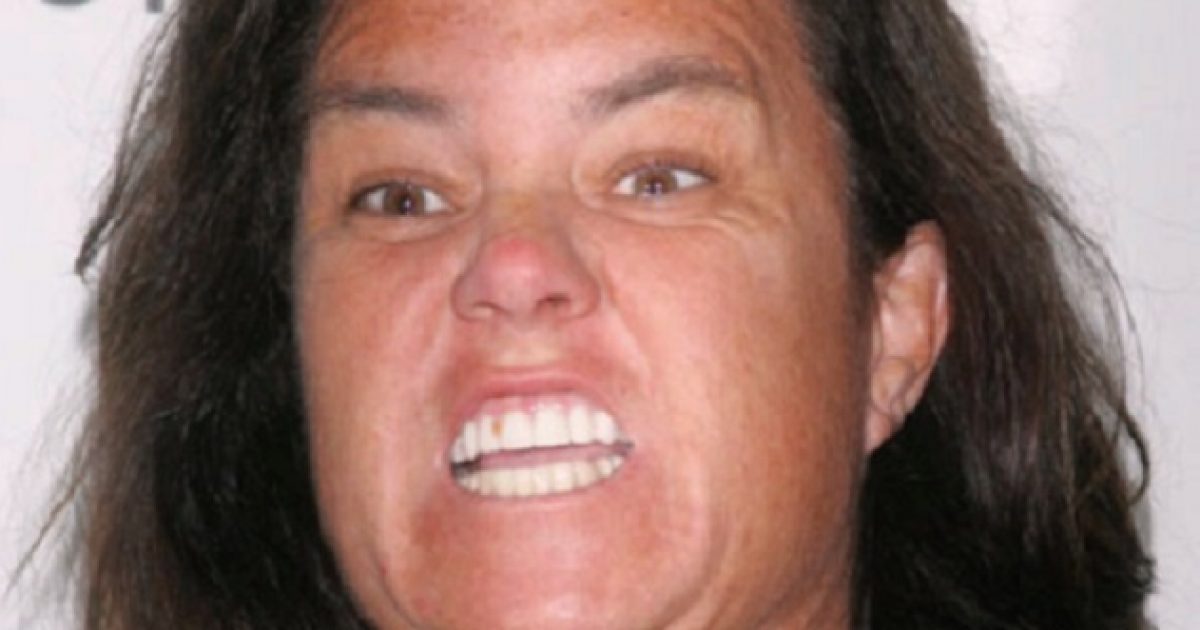 No wonder Donald Trump called her a pig. She certainly demonstrates swine-like qualities, shape notwithstanding.

O’Donnell got lucky in life. She’s a despicable person who hid her real self for far too long. By the time she admitted that she was a Lesbian of the male persuasion, her anger went to the wrong people.

O’Donnell hid her anger in her comedy. When she began her career, she was only moderately funny. The schtick of a woman doing a “male” comic act, accents and all was novel. Her mannish humor led to TV roles, movies, and what what some would describe as success and the American Dream.

That’s when it all changed. Suddenly O’Donnell believed her hype. Her emphasis shifted from being human, to being gay, Liberal, and a feminist, the latter becoming a euphemism for Lesbian.

She was canned from The View.  Rosie Show ratings were so abysmal it was cancelled after just 6 months.

In the pain of her failures, O’Donnell like many Liberals attacked things that had nothing to do with her. Donald Trump was targeted.

“The two have been publicly sparring since 2006, and in the past 10 years have exchanged a series of bitter back-and-forths only worsened by Trump’s presidential campaign…Trump has called O’Donnell everything from his signature phrase “true loser” to “crude, rude, obnoxious and dumb.”

President-Elect Trump was talking about Rosie obsession with Melania.

O’Donnell now obsesses over Melania’s nude photos. Then again…O’Donnell is a Lesbian, but it’s still creepy.

But the attack on the Trumps didn’t end there, as O’Donnell turned her attention 10-year old Barron Trump.

@Rosie November 21   “barron Trump autistic? If so, what an amazing opportunity to bring attention to the AUTISM epidemic

She linked a You Tube video to the Tweet.

“She responded by saying the YouTube video was not her creation, but that it “resonated” with her. O’Donnell also emphasized that there is “no shame at all” in having a child with autism.”

Who says the president’s children are off limits?

The bigger irony is that O’Donnell even abuses her own children.

She globally humiliated adopted daughter Chelsea, blabbing that she was a runaway with mental illness. Great cover for having kicked her out of the house.

Believe it or not, this beast was once dubbed, “The Queen of Nice.”

Tiffany Layne - January 14, 2021
Arizona Republicans no longer are allowed to tell the truth about the election. Instead, it's either lie or goodbye. But what message does that send...

Comey Weighs In While Both Sides Tune Out