Mark you might want to grab the scooper and clean up your own big-walled backyard first.

“There are definitely a lot of fake Facebook profiles out there. Numbers released from Facebook …suggests that 83 million facebook accounts are fake – that’s more than the total number of people living in France and the Netherlands combined! An estimated 5-6% of all Facebook accounts are fake. Fake autogenerated profiles offer the creators of those the possibility of spamming your wall with weird content and also bloat the number of fans for certain pages.

Twisted pervs gain access to you or your family through fake pages. They can ” virtually kidnap” your family to use on their fake page. Sickos use your pics and posts for identity theft or to perpetrate other scams. On a more sinister note, it can be a way to stalk you or your children. Your page offers a lot of info about your family’s habits and location.

Next time you see some tragic pic asking for an “amen,” it’s probably for the purpose of “like” farming.

“Sometimes, the posts are used as an underhand method of promoting bands, actors,  businesses, or other entities. And, a Facebook page that distributes one of these fake ‘amen’ posts can gather a great many new likes in a short time.  The Page can then be used to post further scam messages, this time to a much larger audience.  Alternatively, the page can be sold to other scammers via the black market.”

Catphishing describes people who lure others in with fake lives. There is a TV show about this. Recall the Seattle Seahawks quarterback being involved in a catphishing scenario, where his online girlfriend turned out to be a man?

Leftists are not immune from fake news. 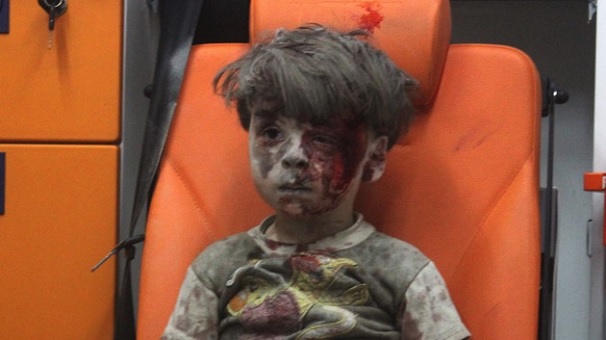 Remember the “ambulance boy” picture Hillary referenced during  one of the debates? She was so moved by it that she grasped her empty chest mimicking the gesture of someone with a heart. Trouble is the picture is a fake.

Fake news has no politics, per se, though I would argue that Liberals perpetrate fake news scams mostly. Nevertheless, you can bet that the management of both Facebook and Twitter will target Conservatives in their pursuit of “real” news.

The responsibility lies with us to protect ourselves against every scam under the sun. That requires people to be critical thinkers, something sorely lacking with Liberals and many indoctrinated Conservatives.