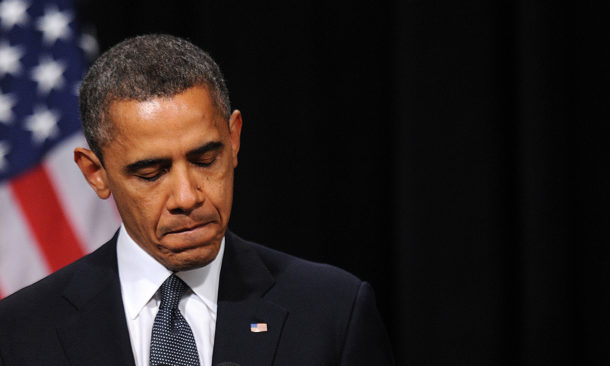 Barack Obama bragged recently that if he had been running against Donald Trump, he would have won.

It’s fine to live in a hypothetical world and say things that you know can’t be put to the test, but based on just a few facts he is way off.

First, this election was a referendum on his very presidency. Hillary Clinton was his pick to carry on his legacy, but the American people rejected that legacy.

Second, During the past 8 years under the infallible leadership of Obama, Democrats have lost over 900 state legislature seats, 12 governors, 69 House seats, 13 Senate seats.

In the case of Obama “L” is not for legacy, but for LOSER.