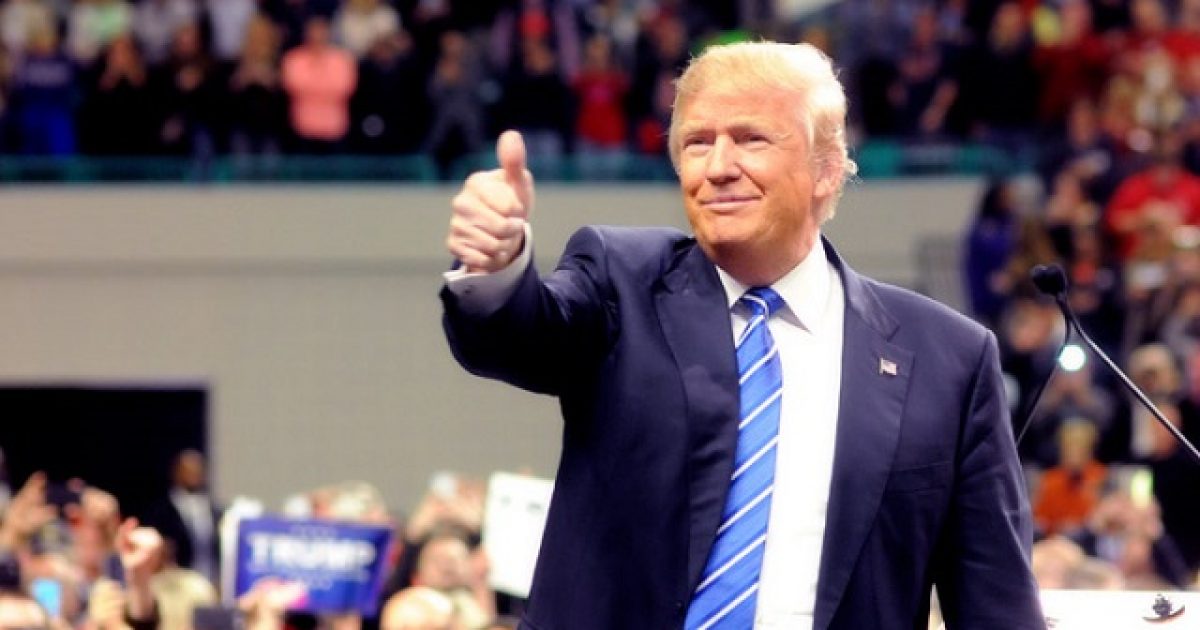 We were told by the fake news media, that the election of Donald Trump would create a worldwide catastrophe.

Holy Mother of Chicken Little, please wake me when it’s over. Because most people I know appear rather pleased with America’s new president-elect. So don’t be fooled by the Left who pretend to be upset with Trump.

Most of those butt-hurt Obama minions began to fold like lawn chairs when Trump saved 1,100 jobs at Carrier. The Left had never seen a man keep a campaign promise that benefited America.

Admittedly, the world is crumbling for a few, however. Take Hillary Clinton for instance. Her world and the worlds of her minions were smashed with the hammer of Thor.

First there was Clinton’s embarrassing loss.

No need to recap, since there are plenty of “crying Liberal” videos available on YouTube. But Clinton’s shellacking by Trump on November 8 was only the beginning.

Her loss was followed by the even more embarrassing recount that Hillary Clinton called a travesty, when Trump hinted at the possibility. Hillary said questioning the validity of the election might cause a catastrophe of the Republic.

So yet again Hillary Clinton has proven herself to be a liar. She’s the typical Liberal, disingenuous to her rotten core. To paraphrase the current Liar-in-Chief:

Now President-elect Trump selects his cabinet, a stellar cabinet. Trump’s selections are made based on competence. The Liberals scream like ban-chi monkeys with each appointment, yet Trump ignores them.

Next, corporations get a bit of bad news, that’s actually good new for America. Trump has put corporations and the world on notice, that the rookie has left the building. America has a new CEO, and this one is competent.

The Dow almost reached 20,000, a number it will almost certainly hit. I only hope the number occurs on the day that president Trump is sworn in.

In all likelihood, the Dow would have hit 20,000 the other day, had the Fed not announced that it’s raising interest rates. No surprise there, as Fed Chairwoman Yellen won’t be doing Trump any favors.

Unlike the “Affirmative Action” president, Donald Trump won’t fudge the numbers. Give America the “real” unemployment, as long as you’re putting people back to work. Nevertheless, the press will call the real unemployment, ergo the number they would have never reported for Obama, a catastrophe.

The press will demonize every thought, every word, and every action of Trump, even as America actually becomes “great again!”

However, the new CEO of America will be unconcerned about the press and other Leftists. The best way to shut them up is to embarrass their black poster child for non-achievement. And has Trump delivered.

People has asked me what I think Obama will do after he’s out. He’s certainly given enough clues.

Obama claims the reason he couldn’t achieve success is because he is black. He now wants to convince America that the new president who had the worst “likability” in political history has an advantage over him. Though despised by Democrats and Republicans alike, Trump’s success will be because he white.

Trump’s election avoided the catastrophe, so Liberals’ excuses will ensue, as Trump kills it. So forget the bad press and fear-mongering of the Left, as Trump will make life better for millions.