I wrote recently that Tom Arnold needs a career boost. The Trump train provides the best vehicle for such a resurrection, so Arnold has jumped on.

When you are a fraud, fame is fleeting. Thus, Tom Arnold is figuring this out.

Arnold doesn’t like Trump, and he doesn’t even know why. Celebrity Apprentice should have revived his career, but Arnold has apparently found the limits of his “talent.” 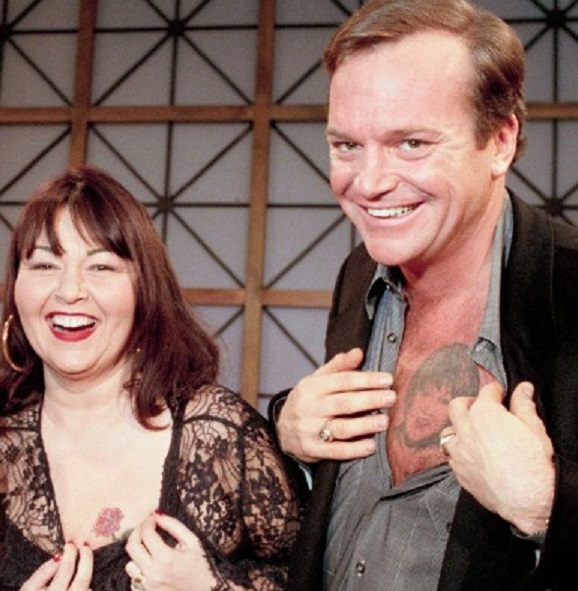 So now he needs to chime in on subjects he knows little about. Politics and Trump.

The Daily Beast, one of the most Liberal publications in the country researched Tom Arnold’s claims about Trump. The very Liberal news outlets validates that Arnold is no fan of Trump.

If you’ve been following the True Lies and Madea’s Witness Protection star on Twitter for the past few months (he is verified and at “@TomArnold”), you likely noticed how anti-Trump he’s been during and following the 2016 campaign. Last month, he went after Fox News host and informal Trump adviser Sean Hannity and claimed that in Celebrity Apprentice Season 14 “outtakes,” you can hear Trump saying that Hannity had “replaced [Bill] O’Reilly as his biggest suckup.”

Nothing earth-shattering here. The article continues,

“I have the outtakes to The Apprentice where he says every bad thing ever, every offensive, racist thing ever,” Arnold told Seattle radio station KIRO. “It was him sitting in that chair saying the N-word, saying the C-word, calling his son a retard, just being so mean to his own children.”

Arnold said in the interview that the threat of legal retribution has kept others from going public with the tapes. He also claimed that the Sunday before Election Day, he received a “a call from Arnold [Schwarzenegger’s] CAA agent, sitting next to Hillary Clinton. They said, ‘I need you to release him saying the n-word.’” (Arnold later told The Daily Beast that the powerful Hollywood talent agent and Clinton ally he was referring to Michael Kives. Kives did not immediately respond to a request for comment.)

I know the scent of BS. It smell like “Liberal” and it never changes.

The fact is, if Arnold had evidence, he could figure out how to leak it. The only reason not to leak it, would be if he wanted to profit from it.

Further, I know we live in a society where people record for a variety of reasons. But it is very rare for somebody to record people when they are just kickin’ it. You would need an agenda. Under the circumstances where you are a B-list actor (at best), thankful for the opportunity to get exposure, you would have no reason to record conversations.

According to the article, Arnold seems pleased that he could be sued by Trump.

On Tuesday evening, Arnold then excitedly tweeted that his “wife told me there’s house line [voicemail] from Trump Camp about defamation suit so it’s on! Open Apprentice vaults [for] discovery! Miss Universe too!!”

The wrap? The Daily Beast uncovered nothing, except that Arnold is a loser.

The Daily Beast has spent enough time investigating the vulgar and sometimes downright horrific things Trump has done, or has been credibly accused of doing, during his reign on NBC’s The Apprentice to know that allegations of his character on-set should be taken seriously. (These things include Trump, according to multiple Apprentice staffers, repeatedly calling a deaf Oscar-winning actress “retarded” and repeatedly using the racial slur “Uncle Tom” when referring to rapper Lil Jon.)

Still, the idea that Tom Arnold at one point possessed the key to taking down Donald J. Trump has seemed far-fetched, if not quite impossible, in this insane election year. After all, a birther, reality TV-starring, Razzie Award-winning and accused serial sexual assaulter is about to become leader of the free world. And one possible reason for why we are in this situation is Anthony Weiner’s compulsive sexting. We are, in many ways, in uncharted territory.

So The Daily Beast did what many other news outlets did: We took Arnold’s story seriously. So far, we have found nothing to support Tom Arnold’s recent claims, besides the word of Tom Arnold.

No former member of The Apprentice corroborates Arnold’s claims. No surprise there.

The people who lied about Trump will continue to fall one by one.

By the way, if you see Gloria Allred, let her know that Tom Arnold may need an attorney. He may soon claim that Trump grabbed him by the pussy.