One of the public services we at The Black Sphere team and Tea Party Community will do is to expose race pimps. Then we will eradicate them.

Currently we are gathering information on all these anti-American ethno-centric racists. Once we have an extensive list, we will destroy them one by one, as a public service. Because of our efforts, your grandchildren and great grandchildren may never know what a race pimp is, if we are successful.

For now however, race pimps flourish. And we have target one such race pimp, namely Vice Mayor of Charlottesville, VA, Wes Bellamy.

Charlottesville sounds like a quaint little town in America. However the city represents the epicenter of demonic Democrat activity. Along with racist Wes Bellamy, the city hosts Khizr Khan, the con man the Democrats featured during their convention. Khan fronts for the Muslim Brotherhood, and exposes the evil core of Democrats as it relates to their love of the “religion of grief.”

Because of Khan and his cohorts, Charlottesville has been overrun with refugees. Thus the town is rightfully concerned.

Bellamy suffered recent controversy, when racist and sexist tweets by him were discovered. He was forced to resign from the Virginia Board of Education.

Bellamy released a statement Wednesday, and informed Governor Terry McAuliffe’s that he would leave his appointed position, effective immediately.

Today, I informed Governor McAuliffe that I have decided to resign from my appointment to the Virginia State Board of Education. I would like to redirect my attention and focus to my family, the children and young people whom I serve, and to the City of Charlottesville. I want to thank Governor McAuliffe, Steve Staples, Billy Cannaday, and the rest of the State Board and staff for their support and faith in me.
Wes Bellamy

Bellamy, who is also a teacher with Albemarle County Public Schools, is under fire for past posts on his Twitter account that many consider vulgar. 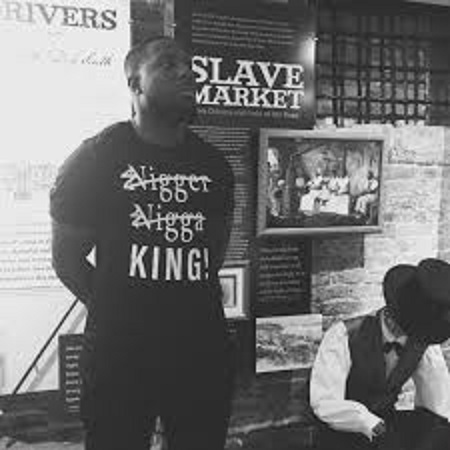 This was the may Virginia Governor Terry McAuliffe hand-picked to help develop education policy in the state of Virginia.

As for Bellamy’s resignation, we don’t think he went far enough.

So Tea Party Community stalwart, Jason Kessler continues to target Bellamy. As Jason and I discussed, we won’t stop until Bellamy, and the white racist enablers of Bellamy are gone from the city council.

Jason’s latest report on Bellamy showcases how race pimps all over the country operate. As you read this, remember the financial woes of Al Sharpton.

Don’t be surprised if Bellamy’s office too has a “fire” that doesn’t allow him to file his reports:

The Charlottesville City Council is a viper’s nest of insider deals, kickbacks, and corruption. The disgraced anti-white Vice-Mayor Wes Bellamy, for instance, is operating what is known in the world of politics as a slush fund. A slush fund is a reserve of money used for illicit purposes, especially political bribery. If you are someone with cash to spare and want something done in government you give to the politician’s slush fund, usually a fake charity set up for the purposes of taking bribes. The lobbyist gets whatever they want from the political prostitute and the political prostitute donates a small portion of the proceeds to the “charity”. The rest goes straight into their pocket.

In Bellamy’s case he runs a “nonprofit” called The Young Black Professionals Network of Charlottesville or alternately known as just Black Professional Network of Charlottesville. A big ad on the YBPN says “donations are 100% tax deductible”, which itself seems to be under some dispute. But the primary issue is that this organization is operating outside of IRS law, seemingly for the purpose of obfuscating how much money is coming into the charity and what is going out. The only means by which the IRS can maintain any kind of accountability or transparency in regards to non-profits is through the filing of an I-990 form which details how much money people are making off of the enterprise and what their cash flow is like. Guess which form Wes has not been filing?

Jason provides much more on Wes Bellamy at the link above.

As for our project to expose these cockroaches, we hope you will get involved.

Let us know if there is a race pimp in your city, and you can bet there is one. We will help you target and destroy these people. They are leeches on society who ruin the lives of great Americans by threatening to call them racists.

I personally know good men and women who suffer at the hands of these race pimps. Join us to make this happen!