The so-called Affordable Healthcare Act is already on the chopping block. While the Left is brainwashing Americans into believing Obamacare is the saving grace of the uninsured, millions of Americans are ready for the nightmare to end.

Obama says the uninsured rate is the lowest in history. He fails to mention that many of those with coverage can’t use it. They simply bought the cheapest plan to avoid the penalty. That’s not helping Americans get healthcare. That’s bullying. “Buy this or pay the fine.” Americans are afraid, so they just buy something. It doesn’t matter if its useful of not.

For many of us, it’s just cheaper to pay the penalty, but Healthcare.gov will relentlessly email reminders that a dark cloud looms over head. 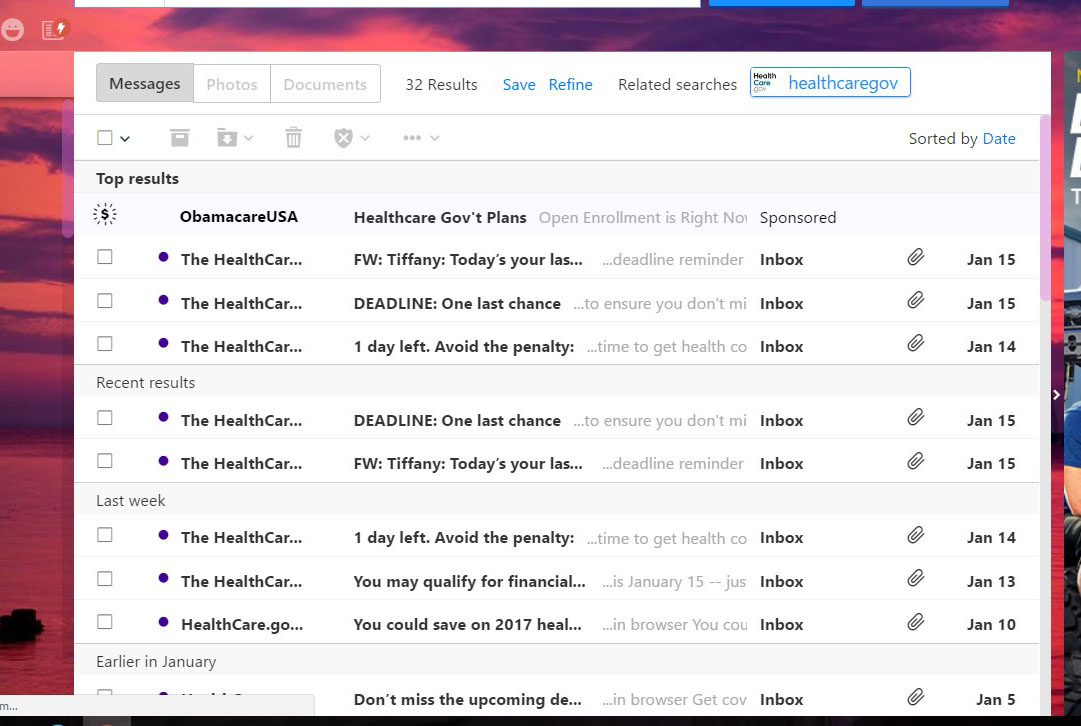 Because these changes will take effect in 2017, people will blame Trump. However, just weeks before the election, it was announced that premiums for Obamacare would face a double-digit rise.

The affordable piece of Obamacare- just a first-year teaser.

For people like Miranda Dawn, the options are getting slimmer and the benefits are running out. When Dawn first signed her family up for Obamacare in 2015, her monthly premiums were $78. In 2016 that premium more than tripled to $300 a month. Her 2017 premium has skyrocketed to $685, leaving Dawn wondering if Obamacare will be the death of her. 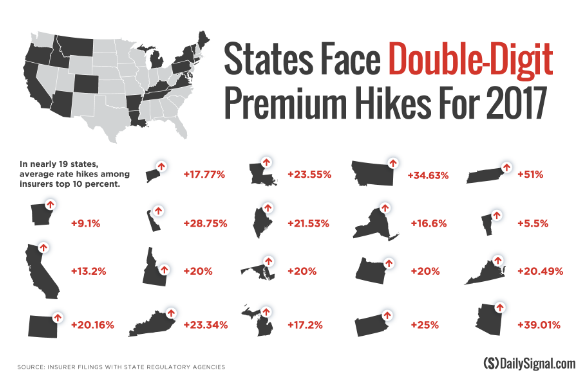 Dawn was first diagnosed with a rare condition, Polycythemia, in 2007. Doctors believed she had acquired the disease second-hand through smoking and never did further tests, despite her genetic link to the disorder. Her father also has Polycythemia Vera. T, a disorder where too many red cells are produced in the bone marrow, which can become a blood cancer much like Leukemia. Because insurance companies denied the test to determine whether Dawn had acquired the disease first-hand, her link to cancer was largely ignored.

Fast forward to 2015, Dawn signed up for Obamacare is what she termed “the nick of time”. In August of that year, cancerous lesions were found in her uterus and she had a hysterectomy at the early age of 36. January, 2016, she found the first lump in her breast. Finally the $8,000 test to investigate her primary disease was approved and it came back positive. Her illnesses got worse, and when she couldn’t hold food down, and endoscopy revealed cancer markers in her stomach and a CT scan found more on her kidneys.

By then, EVERY SINGLE DOCTOR on her plan had pulled out of Obamacare. Another legacy-crushing blow- Obama’s promises of keeping your doctor only apply if you can pay cash!

For Dawn, she wasn’t even trying to keep a particular doctor, she just wanted a doctor who would take her insurance plan. However, taking her plan isn’t even a great accolade. Despite all these bits and pieces of bad news, Obamacare still refused to pay for a biopsy to verify cancer in her kidneys- citing high cost as their reasoning.

Obamacare lie #152- there won’t be limits to what you can spend on your healthcare!

High costs continued to be the excuse of choice in December 2016, when Dawn was diagnosed with diverticulitis. This condition destroys intestines and is a known side effect of chemo-therapy. It’s extremely painful and dangerous. However, Obamacare told Dawn she “spent too much” through the year to be approved for surgery.

It took weeks to get through the red tape, and once she was able to have the surgery, the bill brought surprises. Many of the labs and anesthesiologists did not accept her Obamacare plan, leaving her holding the bag.

Dawn sat down to find a new company to purchase her 2017 Obamacare policy. She found the choices she originally sifted through had dwindled. In 2015 there were more than sixteen companies offering her policies through the marketplace. Now there were six. She finally settled on the only one she could afford. “Ambetter Insurance”.  Sounds like second-rate car insurance you buy online and then pray you never have to use. Nonetheless, it was the cheapest policy at $685 a month. The next policy, which is $790 a month, has a $20,000 deductible- something Dawn can not afford to meet.

When Dawn started calling around with her new policy in hand, all of the doctors listed as Primary Care Physicians stated they no longer accepted the plan, or they were not accepting new patients. It took her three weeks just to find a doctor who would see her.

Dawn is now facing an astronomical pile of unpaid medical bills. She is still fighting to get the necessary tests to see if her cancer has spread to her kidneys and stomach. Having a job disqualifies her from medicaid, no matter how small her income is. Obamacare premiums eat up most of her salary. Not having a job would render her children hungry and her family homeless. It’s a catch 22. Don’t work- you can get medicaid. Maybe even food stamps. Try to hold a job (while battling cancer again and again) and be a productive member of society, and Obamacare might kill you.