Some believe if Michelle Obama had challenged Hillary Clinton she would have beaten her. 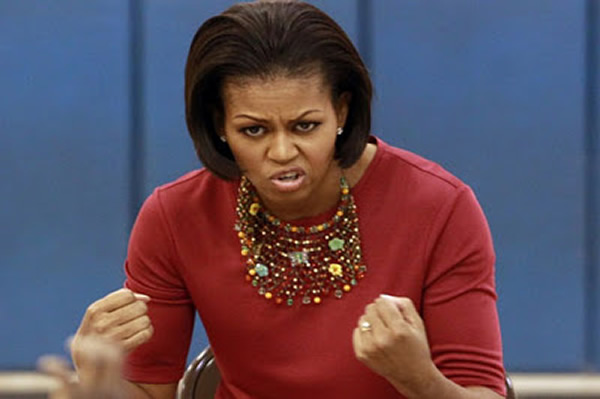 Hillary Clinton would have likely ended it all had another Obama snaked her from behind, pardon the double-entendre.

Instead however, as we all know by now, it was Donald Trump who grabbed Hillary Clinton by the, well you know, and then sped by her to cross the finish line–thanks to the Russians.

For now, the die has been cast. Trump leads the nation. But the specter of Michelle Obama still looms. What will she do in the future?

Will she pull a Hillary Clinton and try to pull a “two-fer” for the Obama, this time having Barack officially be the White House bitch?

Who’s to say. But the Krissah Thompson, writer for the Washington Post reports this:

As Michelle Obama prepares to leave the White House, she’s been talking publicly about how eager she is to return to normal life. “I want to open my front door without discussing it with anyone — and just walk,” she told Oprah Winfrey in an interview last year.

She has also said she wants to sit in a yard, stroll through a big-box store and open a window in her house, all things she has not been able to do for eight years.

That’s what politicians always say, when they plan to do the opposite. Before you deny it, understand that Michelle Obama is indeed now a politician. Moreover, Michelle Obama got used to the “good life;” actually, the GREAT life! When she mentions the “things she has not been able to do,” she means things like not spending her own money.

Yet a team is already laying the groundwork for what’s likely to be a somewhat busier post-White House schedule for a popular first lady who has signaled her eagerness to continue her advocacy work of recent years — and has proved to be a compelling voice in American politics.

Remember how Barry got his start? As an “advocate.”

As we learn in the article, Michelle Obama will scale back her staff of 100, with a “small” staff:

After a long break, Obama plans to get to work with a small staff that will move into office space in Washington. The group will be led by Melissa Winter, the first lady’s longtime deputy chief of staff. A veteran Capitol Hill aide, Winter was the first lady’s first hire during her husband’s 2007 campaign. 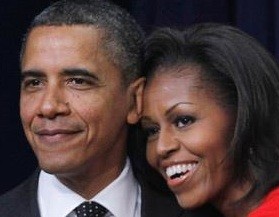 In other words, the same radicals that help Michelle as First Lady will lead the charge of America’s newest “advocate.”

Michelle will operate her “advocacy” with her husband who has dossiers on every American citizen, with specific “tick marks” on Democratic donors still willing to invest in lunacy.

Politics at the level of the Obamas changes one’s DNA. Right now, Michelle Obama wants a “break.” That’s because Trump won, which means Barack Obama lost. Michelle Obama would have been content had crooked Hillary made it, but now the fight continues.

The erosion of Barack Obama also means the tarnishing of Michelle Obama, a woman who has enjoyed the sweet elixir of stardom.

Both the Obamas will fight tooth and nail against Trump. So don’t be surprised to learn that Michelle Obama wants to run for president in 2020.