What a fall from grace that has occurred at The Clinton Foundation. They are hemorrhaging money. 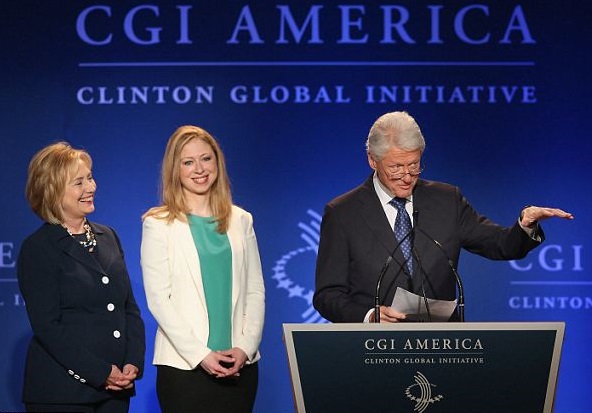 This crooked organization has gone from being a shot caller to begging for buttermilk. I fully expect to see Hillary and Chelsea being pimped by Bill Clinton in the near future.

Van Jones said recently on CNN, the Clinton Era is over. As Heatstreet reports,

It will be interesting to see if past Clinton Foundation donors will continue their generous giving in the years to come. Hillary’s shocking defeat in the presidential election means that no member of the Clinton dynasty currently holds, or is running for, a powerful government position.

Because of demise of the Clinton brand, the Clinton Foundation resorts to bottom feeding, at least by their former fundraising standards.

These people would have scoffed at such a small fundraiser only a few weeks ago. The Clinton Foundation’s donor list represented the Who’s Who of corporate elites, politicos, and countries.

The New York Post reports that Clinton Foundation chairman Bruce Lindsey announced in an email to supporters recently that former President Bill Clinton would personally match donations up to $200,000 before the end of the year.

The actual solicitation read as follows: