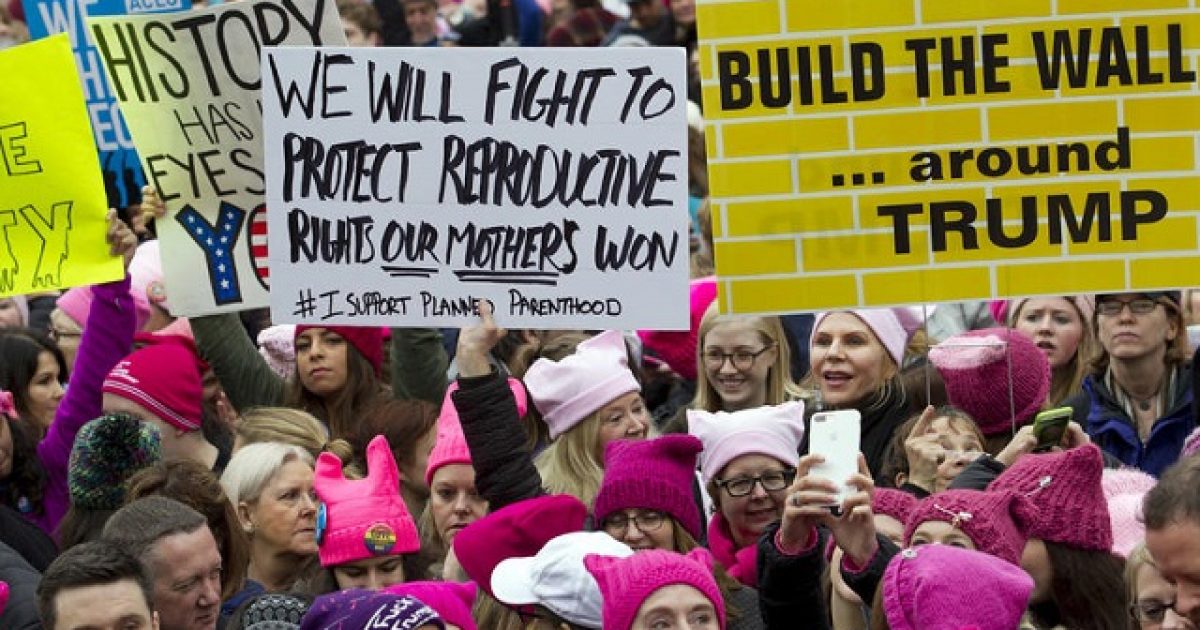 If these hags really were all about women, they would have held this “protest” in the Middle East.

And if they didn’t want to go that far, they could have just met at Barack Obama’s new DC residence.

Trump may have fondled a vagina or two in his day (with willing participants), but Obama has done far worse.

Leftist women from all over the world converged on a city replete with Leftist women. And Leftist men, and Leftist pigs, dare I run the risk of redundancy.

A whole 4.1 percent of people voted for Trump, so they certainly taught THEM!

If these women were willing brave the airports in Afghanistan, at the very least they should marched in one of Paris’ many “no go” zones. You can bet that nine months after that march there would been lots of little Muhammeds born.

Instead the vaginal throng set their sites on TrumpTopia, the soon to be new name for the former DC.

And their little jaunt will land quite a few of them in the joint, as in prison. As the Daily Mail reported,

Most of the 230 rioters arrested after violent protests erupted in Washington D.C. following Donald Trump‘s inauguration will be charged with felony rioting, federal prosecutors said on Saturday.

The charge carries a punishment of up to ten years in jail and a $25,000 fine.

Thousand of protesters launched a violent rampage just blocks away from the White House as anti-Trump demonstrators smashed store windows, set fire to cars and threw bricks at police. Militant anti-Trump protesters gave a foretaste of what could follow during the violent outbreaks, which has so far seen 217 people arrested and at least six police officers injured.

I hope law enforcement shows no mercy to these people. They deserve what they get. Since most of the women were Lesbians anyway, they will likely find prison much like home.