Race-baiting Colin Kaepernick got his coach and GM fired. If Kaepernick spent the time training that he spent bitching, perhaps the 49ers would be a better team.

But Kaepernick didn’t join the NFL to play football. He joined it to socially engineer the world. And he’s not alone.

Remember the University of Missouri fiasco, where two innocent administrators–both white–were fired for no reason? Unless you consider black Leftist bullcrap a reason?

Here’s how CNN reported that story:

Just hours after the president of the University of Missouri system resigned on Monday, the chancellor of the university announced he also was stepping down amid a controversy over race.

Chancellor R. Bowen Loftin told reporters that he would transition to a new role advancing research, starting January 1.
Loftin praised the efforts of graduate student Jonathan Butler, who ended his hunger strike earlier in the day. Butler had stopped eating last week, demanding the removal of university system President Tim Wolfe.
“I want to acknowledge his extraordinary courage and leadership,” Loftin said about Butler. “A very tough, tough young man, a very focused young man, a very intelligent and forward-looking young man, so we owe him a lot.”

This saga began because a black student walking on campus claimed that somebody in a red truck yelled the n-word at him.
The reason the white guys needed to go was they didn’t address the heinous affront to black students, as the article suggests:

African-American students at Missouri have complained of inaction on the part of school leaders in dealing with racism on the overwhelmingly white Columbia campus. Black student leaders have conveyed their displeasure over students openly using racial slurs and other incidents.
Several University of Missouri organizations, including the football team and the student association, had called for Wolfe to step down.

Sure, because somebody white had to go, or black Leftists couldn’t get their educations? 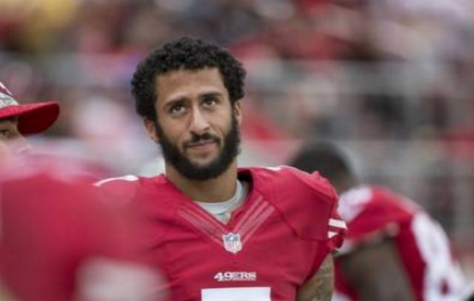 Apparently that’s the way to fix things. Fire white people who have nothing to do with it. Thus, as reported by ESPN “49ers announce firings of coach Chip Kelly, GM Trent Baalke”:

The San Francisco 49ers made it official Sunday night that coach Chip Kelly has been relieved of his duties — in addition to general manager Trent Baalke losing his job with the team.

Baalke had confirmed to a local radio station Sunday morning that he had been fired Friday, while Kelly said after the 49ers’ loss in their season finale Sunday that he expected to meet with CEO Jed York to have a conversation about his future with the team.

“I have informed Trent and Chip of my decision to pursue new leadership for our football team,” York said in a statement a short time later. “These types of conversations are never easy, especially when they involve people you respect personally and professionally.

“Despite my feelings for Trent and Chip, I felt the decision to change our football leadership was absolutely necessary. The performance of this team has not lived up to my expectations or those of our fans, and that is truly disappointing. We all expected to see this team progress and develop as the season went on, but unfortunately that did not happen. That is why now is the time to find a new direction for this team.”

I suggest the team change their players, as in any player who believes the NFL is their social-engineering, Leftism-spewing playground.

I won’t comment on whether or not these men were good coaches or GMs. But what I do know is Colin Kaepernick was not a good player. He was hired to do one thing, and it has nothing to do with Black Lives Matters.

Kaepernick didn’t break any color barriers in the NFL. He plays the sport, because other black trailblazers removed the barriers.