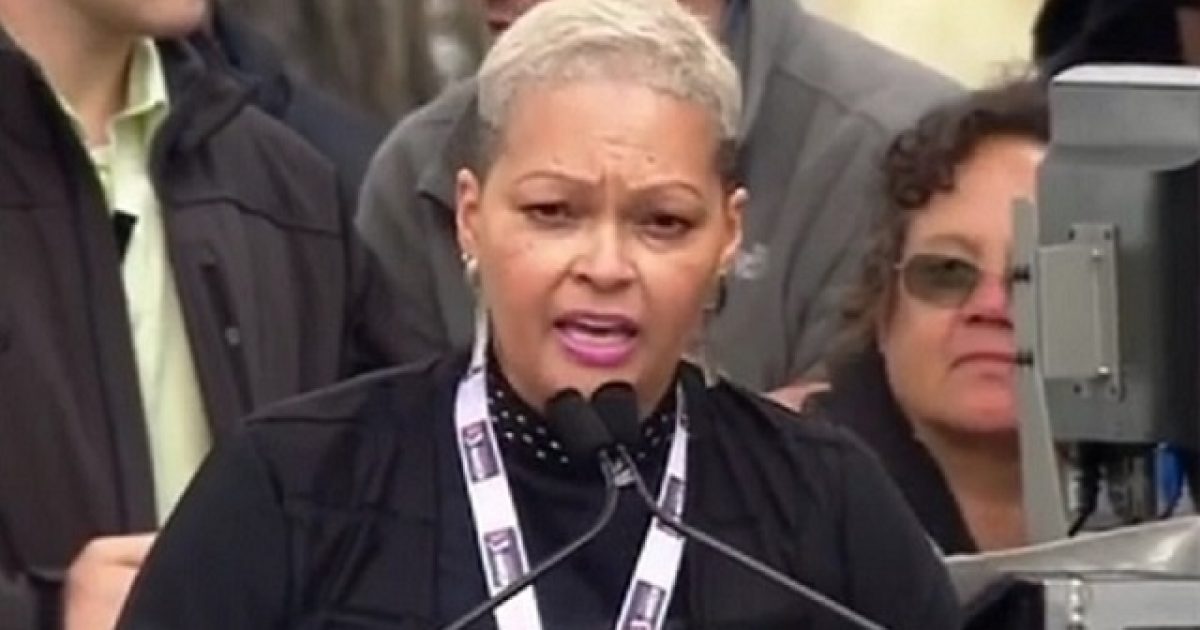 When the women organized their Women’s March on Washington, they likely didn’t realize they had a feminist star in their midst.

I’m not talking about Hamas supporting, pro-Sharia Law Linda Sarsour. I’m sure the very white Leftist women were gleeful to overlook the technicality that Muslim women are less than chattel, and subjugated to men.

The media wholly ignored a group of women far larger than the VaginaHeads marched on behalf of the unborn in the March for Life. That march is today, and according to the Media Research Center’s Katie Yoder, the (VaginaHead) Women’s March got 129 times more media attention on the three major networks (ABC, CBS, NBC) than the 2016 March For Life.

Back to the Star

One would think that with the massive amount of media coverage about the VaginaHead march, they would have helped America uncover a hidden jewel of feminism.

We were regaled with Madonna, as she threatened to kill the president. Scarlett Johansson graced us with her presence. And though Leftist love their wealthy privileged white VaginaHeads, they had a poster child for feminist, a star bigger than all the aforementioned combined.

Hylton is a convicted felon, She and a group of others, kidnapped and tortured a gay man to death. According to the Daily Caller:

Hylton, along with three men and three other women, kidnapped 62-year-old real-estate broker Thomas Vigliarole and held him for ransom, before eventually killing him. As noted in a 1995 Psychology Today article, when asked about forcibly sodomizing the victim with a three foot steel pole, Hylton replied: “He was a homo anyway.”

Speaking about Hylton, New York City Detective William Spurling told Psychology Today: “I couldn’t believe this girl who was so intelligent and nice-looking could be so unemotional about what she was telling me she and her friends had done. They’d squeezed the victim’s testicles with a pair of pliers, beat him, burned him.”

Hey LGBT…IS THIS THING ON!?

According to that same article, Hylton delivered a ransom note to a friend of Vigliarole’s asking for more than $400,000, even though the victim was already dead by that point. A 1985 article in The New York Times, which misspelled Donna’s last name as “Hilton,” put the ransom demand at $435,000. For her participation in the murder, according to Psychology Today, Hylton was sentenced to 25 years in prison. Organizers of the march, who banned pro-life women from participating, did not return The Daily Caller’s request for comment regarding Hylton’s participation as a featured speaker.

I noted the exclusivity of this Women’s March, as they excluded women who wish to save children, but allow criminals who torture gay people to not only march, but SPEAK!

And Leftists say Conservatives have problems?

It seems that Hylton took pride in her prison sentence. She didn’t hide that she was an ex-con, even introducing herself at the march by stating the length of her prison sentence and her prisoner number. She stopped there, as proclaiming that she squeezed the genitals of a gay man, then killed and burned him would have a serious buzz-kill.

Operation Allies Refuge: Help For Our Brave Afghan Interpreters To Begin
The Lid

Tiffany Layne - July 22, 2021
California Conservatives clinched quite the victory, and it potentially puts an end to Gavin Newsom once and for all. After a court battle against CA...