Many people have asked me if Megyn Kelly was leaving Fox News, as if I knew. Though I am friends with Megyn, I had no idea what she would do. 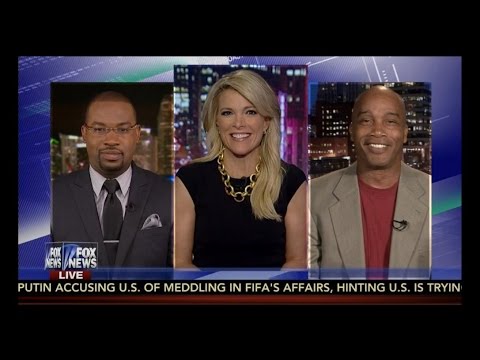 Her star had fallen a bit with Fox’s core audience, as many felt she betrayed Trump. Producers tell me that Megyn still enjoyed great ratings, but I didn’t see that in my social media.

Honestly, when I’m on with Judge, I get much more social media interaction that I have with Megyn. I had actually quit announcing I was going on the show, because I didn’t want her producers reading my Twitter feed.

So the news that Megyn is leaving Fox is not a total surprise to me. As the Hollywood Reporter wrote,

The move, officially announced by NBC News, ends a lengthy period of public speculation about her future at the 21st Century Fox-owned network.

Megyn Kelly is leaving Fox News for a role at NBC News, sources confirmed to The Hollywood Reporter.

The move, officially announced later Tuesday by NBC News, would end a lengthy period of public speculation about her future at the 21st Century Fox-owned network. The New York Times‘ Jim Rutenberg first reported the move.

Kelly’s new role will see her returning to the daytime, Monday through Friday, the period that made her famous with Fox News Channel’s America Live.

I know a lot of Fox watchers, certainly the Trump supporters will be happy Megyn is gone. Personally, I think she will be a better fit, returning to her earlier format, so the move was likely a good one for her.

Politics aside, Megyn is a really nice lady, and she enjoyed my work.

The exact timing will be announced at a later date. Additionally, she will get a primetime window on Sunday nights with a new evening news magazine — positioning NBC as a competitor for CBS’ dominant Sunday standby, 60 Minutes. She will also take on a role in the network’s breaking news coverage.

“Megyn is an exceptional journalist and news anchor, who has had an extraordinary career” said NBCUniversal News Group Chairman Andrew Lack. “She’s demonstrated tremendous skill and poise, and we’re lucky to have her.” (See Lack’s full memo to staff below.)

I wish Megyn much success in her new career.