What a great feeling it must have been for Obama to experience the presidency as a black man. He could do things no white president could do, even a Democrat.

So as Democrats and their supporters jam America’s airports to protest President Trump’s refugee ban, they should understand that the black guy did it first.

In 2011, the Obama-Clinton State Department located Al-Qaeda terrorists living as “refugees” in Kentucky.  As a result of this discovery, the Obama administration blocked all Iraqi refugees from entering the US for Six months.

There were no protests, thus the silence deafened.

Two Iraqi members of al-Qaeda who had previously attacked US soldiers in Iraq and were trained in bomb making had entered the U.S. as “refugees” and were living in Kentucky.

As a result of the Kentucky case, the Obama-Clinton State Department stopped processing Iraqi refugees for six months in 2011.  This ban included Iraqis who had heroically helped U.S. forces as interpreters and intelligence assets.  One Iraqi who had aided American troops was assassinated before his refugee application could be processed, because of the immigration delays.  In 2011, fewer than 10,000 Iraqis were resettled as refugees in the U.S., half the number from the year before.

Why is it that when a conservative tries to protect the homeland, they are labeled racist and islamophobic, but when a liberal does it, it’s quiet enough to hear a mouse pee on cotton.

The Hypocrisy of the Left

When liberals enact a strong national security policy, they praise it.  When conservatives do the same thing, liberals condemn it. 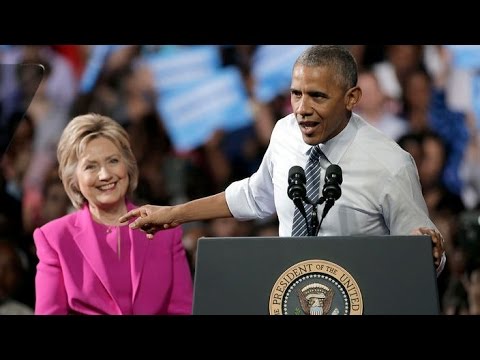 Obama and Clinton attacked Trump over his so-called “Muslim ban.”

Obama complained, “That’s not the America we want.  It doesn’t reflect our democratic ideals.  It will make us less safe.”

Clinton piled on, “Inflammatory anti-Muslim rhetoric and threatening to ban the families and friends of Muslims Americans as well as millions of Muslim business people and tourists from entering our country hurts the vast majority of Muslims who love freedom and hate terror.”

Obama and Clinton have supported a ban against refugees from terror-supporting nations to protect America. We all know why there was no pushback.

Before the Left get overheated and protest a “conservative policy,” perhaps they would be well-advised to check.

Earlier this month, Germany arrested three men, one of them a Syrian “refugee,” on suspicion of an ISIS-plot to bomb and “take out as many bystanders as possible.” And we are no safer in America, as in January of this year, U.S. officials arrested two “refugees” on terror-related charges, as well.

It’s well-documented, that terrorists hide among refugee populations in order to sneak into countries all over the world. Further as we have learned in America from San Bernardino, Orlando, and far too many other examples, these are not peaceful people.

The threat is real. The Obama-Clinton duo recognized it, as such.

The Obama-Clinton State Department refugee ban was reactionary, based on the situation in Kentucky.

By contrast, Trump’s refugee ban is preemptive. President Trump has seen enough carnage, and knows far too well that America has been inflitrated.

He’s determined to prevent the next attack. This is NOT racism or islamophobia. It is proactive, national security protocol, and it is America’s sovereign right!