Trump does what he says, and he said he would evaluate Muslims entering America.

His actions apparently insulted Iran, so the Iranians have retaliated by banning Americans from entering their country. This got me thinking, “Just how long is the list of Americans wishing to go to Iran?”

Hint for the spy agencies: anybody on this list should be WATCHED!

We haven’t heard anything from any country except Iran, who is obviously upset. But what’s more perplexing is, so are several high-strung Democrats.

The fact that Democrats are more upset about the president caring about the safety of Americans may tell you all you need to know about Democrats. Put another way, when countries who knowingly foster terror choose silence, and Democrats take up the mantle for them, you have an enemy within.

During the campaign, the media and other Trump opponents droned incessantly about him “not having the temperament to be president.”  However, in the face of political disagreement with America’s fairly elected president, Leftist squeal like stuck pigs.

How do I say this, diplomatically?  Thank you, Iran, for exposing more Leftist hypocrisy in the face of sound decisions by President Trump.

I wonder if Khonsari recalls our previous dealing with Iran?

Former President Jimmy Carter used this executive power only once and in a way quite similar to what Trump has proposed. In April 1980, as the U.S embassy in Tehran was under terrorist control, Carter signed an order invalidating “all visas issued to Iranian citizens for future entry into the United States.” The order said that the U.S “will not reissue visas, nor will we issue new visas, except for compelling and proven humanitarian reasons or where the national interest of our own country requires.” 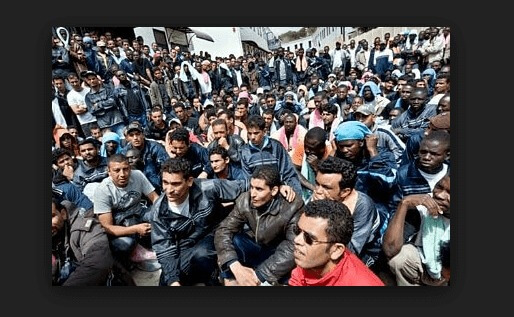 With Donald Trump as president of the United States, America no longer plays by international rules. And despite Khonsari’s protestations, what Trump has done is completely logical. Moreover, as I stated above, the president’s move is totally legal.

Despite precedent, a federal judge in Brooklyn issued an emergency stay Saturday night against President Donald Trump’s executive order banning immigration from certain predominantly Muslim countries. This stay temporarily allows people who have landed in the United States with a valid visa to remain.

The ruling is already being called “a stunning defeat” for Trump. However it only temporarily protects refugees or visa holders who were detained at American airports since the signing of so-called “Muslim ban,” or those in transit when the emergency ruling was filed.

Regardless, you can bet that President Trump will get the full ban, as he should.

The days of foreign powers dictating American foreign policy is over. Obama is gone, thus terrorists and thugs should be on alert. But more importantly, the days of political correctness endangering the lives of Americans comes to an end as well.