Let’s hope Leftists grow up under President Trump, and we begin to drop the ethnic check box.

Checking black, white, or whatever has NEVER benefited America. In truth, checking the ethnicity box has cost American taxpayers trillions.

White people have been guilted into paying money for things they haven’t done. Because black Leftists love holding the power of guilt loosely over the heads of willing white Leftists eager to show their humanity over those whom they rule.

Let the black man believe he’s in charge, as Leftists rule from their high towers and gated communities. No need to tell you where the black Leftist live. Furthermore, I don’t need to tell you how their lives stack up in comparison to those they support.

It was inevitable for Leftism to feed on itself eventually. The gravy-train no accommodates white people. And in the spirit of my book, Race Pimping, I say to white people, “Get yours!”

And that’s just what one company in Philadelphia did after they were wronged by racist black Leftists. According to The Daily Caller,

Philadelphia’s public school system was ordered to pay out $2.3 million in damages after a court found it deliberately discriminated against a white-owned business.

Security and Data Technologies, Inc. (SDT) was initially chosen by Philadelphia School District (PSD) and then-Superintendent Arlene Ackerman back in 2010 to install surveillance cameras at 19 schools PSD classified as particularly dangerous. After the company began preliminary work, it was abruptly “deselected” and the $7.5 million no-bid contract was then awarded on an emergency basis to IBS Communications, a company not eligible for no-bid contracts.

Ackerman is an education turn-around specialist. In an article noting her death, SF Gate described Ackerman as follows:

Arlene Ackerman, the former San Francisco schools superintendent who improved student achievement but was forced to resign amid charges that she didn’t work well enough with parents and teachers, died Saturday of pancreatic cancer in Albuquerque. She was 66.

So she was fired from San Francisco schools, and then would become the superintendent of Philadelphia schools. The outcome?

There were two words absent from pretty much all of Thursday’s coverage of arrests and charges in the Philadelphia schools cheating scandal — two words that need to be heard again and again every time the story is written.

Ackerman, you’ll remember, was the superintendent of Philadelphia schools from 2008 to 2011 — much of the same time period during which the principal and four teachers from Cayuga Elementary Schools were, reportedly, altering the test scores of students and “perpetuating a culture of cheating.”

Anybody starting to wonder about Ackerman’s stellar performance?

Regarding the scandal in Philadelphia schools, Martha Woodall wrote in Governing,

Current and former administrators lamented that almost as soon as they left cabinet meetings, reporters would call with questions about what was discussed.

The campaign to plug the leaks intensified after The Inquirer published a Nov. 28, 2010, article reporting that Ackerman had steered a $7.5 million no-bid contract for surveillance cameras to a small minority firm that had not been approved for emergency work.

Francis X. Dougherty, the district’s former acting chief of operations, testified that the day after the article appeared, Ackerman summoned him and others to her office “and said then and there, she was going to find this leak and make an example — even if it meant hiring private investigators.”

Why didn’t Ackerman want leaks? Because she was pulling the race card. 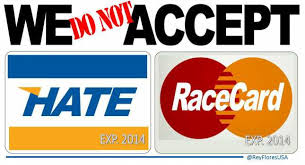 The abrupt turn of events, it turns out, had a racial motivation. An investigation by The Philadelphia Inquirer discovered Ackerman became fed up that the district kept giving contracts to white-owned companies. SDT is owned by two white men.

So, after telling other PSD administrators she would make sure “all these white boys didn’t get contracts,” Ackerman canceled SDT’s contract and diverted it over to IBS, which had black ownership.

Not that it matters, but who runs “the district? Democrats.

So Ackerman attempted to right the racial wrongs of Democrats by penalizing white people. She lost, and Philly taxpayers lost.

I’m not sure how the NAACP allowed this one to slip through the cracks. They should have settled, and not let this get to court. Soon, many white people may be asking for reparations.