Obama’s Record-Breaking Commutations come back to bite American citizens in the buttocks. 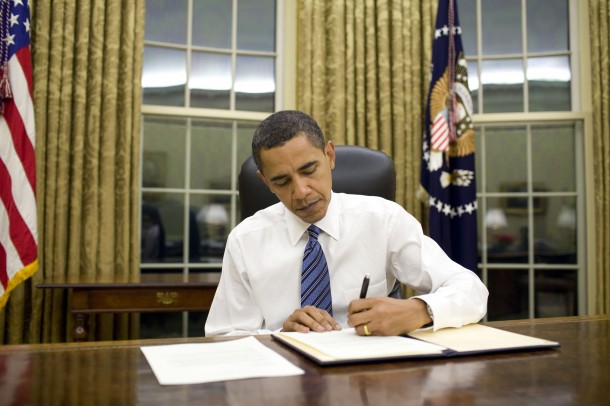 One of former President Obama’s sainted victims of “systematic injustice” was re-arrested on Thursday for committing another drug crime.

The San Antonio Express News reported that Robert M. Gill, a 68-year old who had his life sentence for cocaine and heroin distribution commuted by Obama, was arrested last week on new drug related charges. One can only imagine how the Left will spin this?

During his White House tenure, Obama set a record for the president who commuted the most sentences of convicted criminals in U.S. history: 1,715. To put it in perspective, Obama commuted more felons than the previous nine presidents combined. One-third of that number, 568 inmates, had life sentences. That number included Gill, who was released in 2015.

According to the New York Times, Obama stated at the end of 2015 that his commutations were:

“…another step forward in upholding our ideals of justice and fairness. [I]f we can show at the federal level that we can be smart on crime, more cost effective, more just, more proportionate, then we can set a trend for other states to follow as well.”

Gill is accused of crashing his car into another vehicle while fleeing from police officers after a drug deal. If Gill were only dealing drugs, that’s one thing. However, when you put others in harm’s way, that shows a recklessness that society can’t pardon.

What’s Wrong with a Little Mercy?

“The president was motivated to exercise his clemency power by a belief that the sentencing system in the United States was used to lock up minor criminals — often minorities — for excessively long periods of time.”

The problem is that Gill is not a minor criminal, or he would not have ended up in federal court. He conspired to distribute cocaine and heroin. This is not some wayward youth who got caught selling dime bags of crack on a street corner somewhere; Gill is a grown man who knew better.

Gill Learned Nothing in Prison

According to the San Antonio Express:

“U.S. Magistrate Judge Henry Bemporad ordered Gill held without bail pending a hearing Feb. 16. Gill is charged with possession with intent to distribute 500 grams or more of cocaine. Five hundred grams is a little more than 1 pound. He again faces a potential sentence with a mandatory minimum, five years, and he could get up to 40.”

So much for that “systematic injustice.”

Has America wronged some people in prison, yes. And we should address those wrongs as a society. However the problem is that the prison system, like the “education” system doesn’t work.

Criminal exit the system better criminals. But in the end most criminals get caught, as did Gill.

If Obama wanted the real systematic injustice he would have spent time doing so. Instead Obama spent time on Muslims, gays and golf. Those were his top priorities, after ruining the economy with ObamaCare.

Obama attempted to establish his record on “systematic injustice,” by emptying the prisons. Not an atypical move for a bonehead community organizer, who only knew how to “play” president.