Donald Trump has already “shook up the world,” to quote the late great Muhammed Ali.

Not only did he help Conservatives reclaim the House and Senate, but he’s already impacting the Supreme Court.

The replacement of Justice Scalia with a staunch Conservative was but, Step One, as far as the judiciary goes. Much to the chagrin of the Left, much more awaits.

We recently discussed how paranoid the Left are over Justice Ginsburg. They literally have her on “death watch” by the Left. At 83, she’s the oldest member of the court, and she has serious medical issues.

Next is Justice Kennedy who is 78. Although there are two other justices who are close to 80, they are Conservatives. President Trump has a list of 21, correction 20 staunch Conservatives to choose from.

Although the Supreme Court is a big deal, many more smaller battles are fought in the lower courts. As the Washington Post explains,

President Obama appointed more than 300 judges to the federal bench, altering the balance of several federal appellate courts during his eight years in office.

The judiciary is where Obama was unable to hurt the Democrats. In fact this is the only area where Obama didn’t hurt Democrats and he actually helped them. But the gravy days are over.

An additional 14 sitting judges have announced their plans to take senior status or retire in the coming months, creating an additional 14 vacancies. (The Administrative Office of the U.S. Courts keeps track of current vacancies as well as pending vacancies.) We can also expect many more vacancies to materialize over the next four years.

One would have to do an analysis of what the impact is of these appointments. In other words, how many of these appointments affect Leftist judges versus Conservative judges. But the fact that Donald Trump will appoint more judges since Clinton is good news regardless.

According to a Ballotpedia analysis,

“…a majority of currently sitting judges will become eligible to take senior status at some point in the next four years. Of those, a majority were nominated by Republican presidents, which both increases the likelihood that they may take senior status during this period, but also lessens the effect of the resulting vacancies on the ideological balance of individual courts.”

Who knows that the complete number of judicial appointments President Trump will make. But the fact is he will take the same care in making these appointments, as he has in picking his cabinet and the Supreme Court.

On the U.S. Circuit Courts of Appeal, there are currently 17 vacancies. Two more vacancies open up in February.

Trump’s nominations for these spots will be significant, but they will not do much to alter the ideological balance on individual courts. Other than the U.S. Courts of Appeals for the 2nd and 3rd Circuits, Trump’s initial nominees will either expand Republican-appointed majorities or modestly bolster Republican-appointed minorities.

Great. President Trump will shore up the Republican base, and with Conservatives.

But he will do much more, as Trump is more lucky than good. He will get many more judicial appointments than suggested earlier. Leftist activist judges will fall, per God’s province.

Then, get the defibrillators ready. President Trum’s appointments will give the Left coronaries. But at least they will be covered by “TrumpCare.” 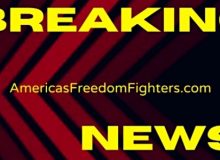