Thank God at least one area of America’s immigration enforcement works as intended. President Trump said he would protect Americans, and there is no doubt he will keep this promise.

Thus, Homeland Security Secretary John Kelly was dispatched to San Diego on Friday. The trip was part of a multi-city tour to understand border communities and Homeland Security on immigration enforcement efforts. 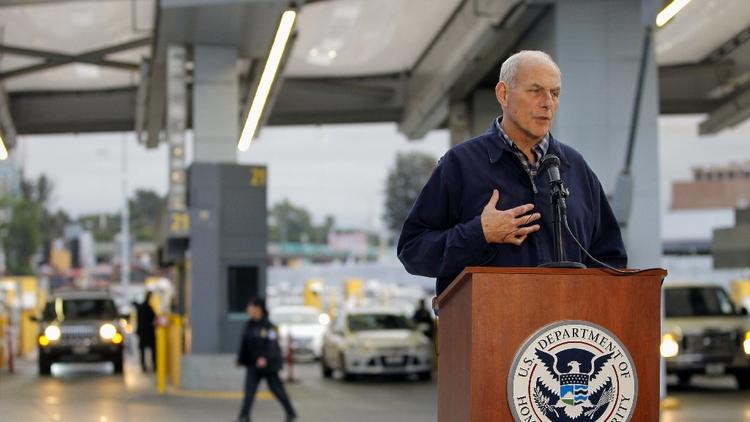 Further, he and his team inspected tunnels constructed by Mexican smugglers under the U.S. border fence. They found unfinished tunnels, according to some reports.

The Mexican Foreign Minister admitted that the border wall will indeed be built.

Foreign Minister Videgaray said in an appearance on MSNBC Thursday that it’s “very clear from the president himself” that the wall is going to be built. The Mexican foreign minister added that he acknowledges “that the U.S. as a sovereign nation like any other sovereign nation has a right to protect its borders the way the country best thinks it.”

“It’s inconceivable to me that people who are sworn to protect their communities would not want someone, anyone to remove criminals from their communities and send them somewhere else. I’m stunned when people say, well, we’re not going to cooperate with you even in the event of convicted criminals.”

“I understand that every community is different. You are all under different pressures. It would be hard for me to justify giving grant money to cooperate with removal operations and you were not able to help us with that.”

Kelly added a caveat. He promised that the federal government will:

“work with you and will make no Draconian moves until I fully understand what a given locale might be doing or not doing.”

“I would argue the fact [drug cartels] are spending huge amounts of money to tunnel underneath the wall tells you they can’t get through it.  That tells me the barrier, and the people who patrol it, are very effective today.”

President Trump’s travel order was another topic Secretary Kelly addressed. Kelly called it a “pause.” He add that the pause was necessary because information from those nations on individuals seeking to immigrate to America was either unreliable or nonexistent.

“The vetting process from citizens of those countries are, at best, loose.  I am concerned that we are unable to vet those folks who are coming here in a more meaningful way.”

As are all of the American citizens who voted for President Trump.  We do not want any further terror attacks on U.S. soil.

Regarding ICE sweeps in Southern California and other areas near the U.S. border, Secretary Kelly declared:

“The people who ICE apprehended are people who are here illegally — and then some.  I went out this morning on two of what they call knock and talks.”  (Officers go to homes of suspects, knock on their doors and ask for consent to enter.)

“We went to one house, knocked on the door, and took a particularly bad individual, a male into custody.  A visit to a second home yielded two more arrests.  ICE is executing the law.”

And now, thanks to President Trump, ICE has the leadership backing they need to do their jobs as the law prescribes.