The top 1% of the top 1% of all actors who dream of “making it” are complaining about a lack of casting diversity.

Successful Hollywood actors sometimes struggle for years to make in “the biz.” Thousands try and fail to get more than crumbs every single day. But for a privileged few, the right to b*tch about melanin-bending roles is foremost on their minds.

Prolific character actor Brian Cox recently spoke out against Hollywood’s one-sided “diversity” initiatives.. These politically correct edicts demand black actors be cast in the roles of traditionally white characters. Cox sees this as blatantly racist. He then opined that in like manner, white actors should be allowed to play more varied roles.

“Anybody can play anything. That’s the great thing about theatre and cinema – we transcend all that petite bourgeoisie and politics.”

“It’s kind of racist in reverse to say if you are a white man, you can’t possibly play a black man.”

Fiennes was lambasted by entertainment and social media for his role. The episode was scrapped before it aired due to the controversy. Cox wants to know why.

“Every actor, regardless of race, should be afforded the opportunity to play more varied roles,” Cox argued.  It should not be a privilege afforded only to black and Hispanic actors.  Cox mused that actors “should be criticized based on the quality of their work, not the color of their skin.”

Michael Clarke Duncan didn’t receive grief for portraying “Kingpin” in Daredevil. Neither did Morgan Freeman for playing an Irish man named “Red” in Shawshank Redemption. So why was Fiennes singled-out for criticism?

“Every actor,” Cox said, should have the “opportunity.” 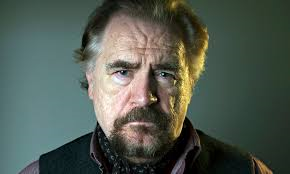 Does anyone who’s become successful in Hollywood have any recollection of how rare they are? A mere fraction of a percent of the millions who try their hand at acting every single year actually create a successful living. Those who sustain that success are even more rare. Why should anyone care whether these Hollywood elite get to play dress up in a different skin color when millions are starving for a glimpse of the success with which they have been blessed?

And the Oscar Goes To…

Maybe it’s because in the past few years, Hollywood is debating the frustrating lack of minority actors’ recognition in the Biz.  #Oscarssowhite caused many to boycott the awards ceremony in 2015 because too few minorities were nominated and won.

First, you have to be cast in a film that is Oscar worthy in order to have any shot at a nomination. Getting to that level in Hollywood practically requires an act of God.

Hollywood success is based on looks most of all.  You can’t get in the door without them.  I once knew an actress once who was so bad in live theater performance, you could not hear her in the front row. But she made it in television because of looks and a good agent.

There are many different reasons to complain about a lack of diversity in Hollywood. Old white men and minorities generally, are allowed to be fat and successful. On the other hand, white women are not.

Men, generally, are allowed to get old, develop gray hair, have pockmarked faces, and make a good living.  Again, women not so much. And you want me to care about which white actors can play blacks and how many black actors get nominated?

If they want more control over their destiny in Hollywood, start a studio.