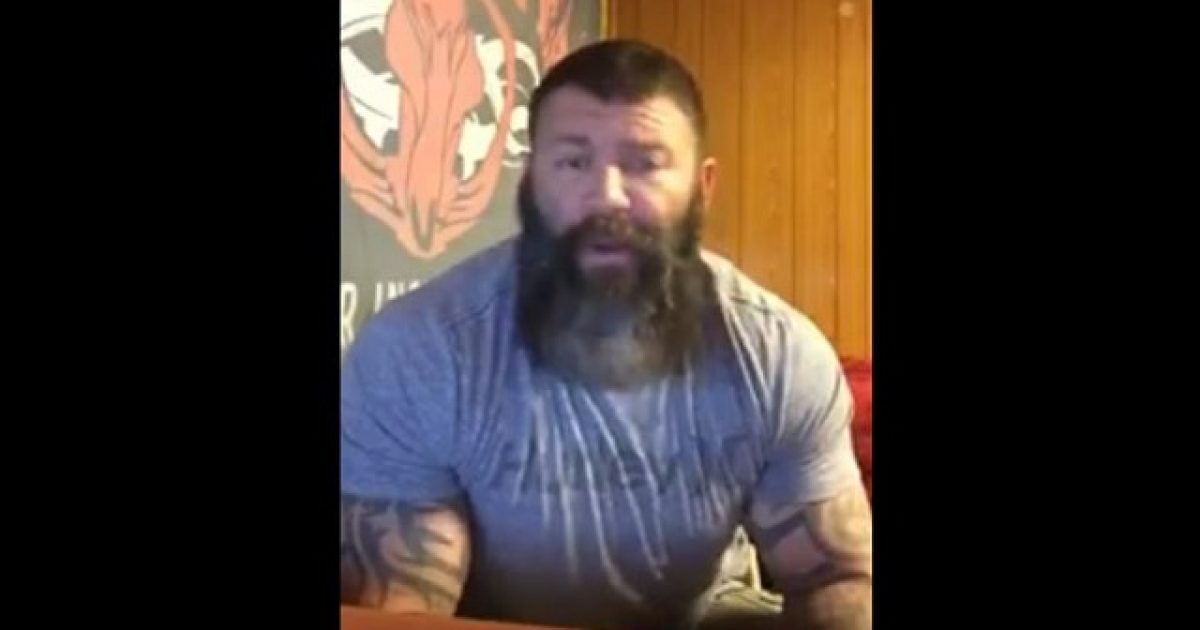 Recently a Marine created a viral video that shows the threats to U.S. national security are real.

The video was memorable, because one, the man is a beast. But the main reason the video went viral is the video by the former Marine Sergeant Steven Gern, who now works as a security contractor for American interests, validated President Trump’s temporary immigration freeze. Nevertheless, he was immediately evacuated from Iraq.

“In a time of universal deceit, telling the truth is a revolutionary act.” – George Orwell wrote in 1984

Gern’s support for President Trump’s immigration travel order did not put his safety at risk. It was his blatant exposure of the hatred that local Iraqis hold towards Americans.

As Conservative Tribune reported, in the video, Gern asked local Iraqis what would happen if he walked into town unprotected as an American.

[These Iraqi civilians] said, he would “absolutely would not be welcome.”  When Gern asked what would happen to him, they said that he would be tortured and killed within an hour.

I guess CAIR’s [Council on American-Islamic Relations] talking points about how misunderstood Islamic adherents are, haven’t made it to that peace-loving part of the world, yet.

Gern explained the hard hitting reality of Muslim extremism against Americans that exists in Iraq:

Shouldn’t this fact be taken into serious consideration by all the airport protesters and Leftist politicians who preach that every Muslim who wants entry to America comes in peace?

Iraqis self-identify as extremists who unapologetically target Americans, and Leftists welcome them with open arms…pun intended.

As it pertains to immigration, what matters most to the Americans who elected Donald Trump is national security. As Gern’s video continued, this warrior’s tough questions probably offended the locals he interviewed:

“So, my question to them was pretty simple after that: If you would do this to me, in your country, why would I let you into my country?  Because all this means to me is that, if you have the opportunity to take the life of an American, you would do it.”

What Americans concerned about national security don’t understand is why anyone, after seeing this video, would NOT want extreme vetting of people from countries where this anti-American mindset thrives. Gern summed up by saying:

“So, maybe there’s something you all need to think about back there,” Gern told his viewers.  “If this is the way some of these cultures feel, if this is the way that these countries feel about Americans, why would you be so naive as to believe that if they came into the US, they would do anything any different than what they do right here in their own country?”

After his video went viral online, Gern posted a new video, telling his viewers that he was being evacuated from Iraq because “it wasn’t safe” for him to remain there. Well of course not; you’ve exposed the truth, for those awake enough to listen.