I always like to look at what Obama did, then compare it to anything. You can bet that “anything” is always better.

Nevertheless for the Left, Obama was baby black Jesus, and everything he did was inspired by their version of god. But the facts are a lot less friendly. Obama sucked as president for 8 years, and the first 100 days was only the beginning.

To evaluate President Trump to Obama is to compare a giant to a midget. One could stop at the transition period, and Trump has already outperformed

Remember the withdrawal of Obama’s pick for National Intelligence Council chairman, Charles Freeman, in March 2009? Obama had tapped the former U.S. ambassador to Saudi Arabia for the sensitive post despite abundant conflicts of interests. Freeman had served for four years on the board of the China National Offshore Oil Corporation, a company owned by the Chinese communist government. The state-owned firm has invested in Sudan and Iran. Freeman also led the Middle East Policy Council, a Washington, D.C.-based group funded by the Saudi government. And he chaired Projects International, a consulting firm that had worked with foreign companies and governments.

Obama knew all that and looked the other way at Freeman’s role as a de facto lobbyist for Saudi royalty. Even worse, he ignored Freeman’s Jew-bashing and tyrant-coddling record with a Blame America axe to grind. Freeman carped that our country exhibited “an ugly mood of chauvinism” after the 9/11 attacks and condemned his fellow countrymen for connecting the dots of Islam and Saudi-funded jihad: “Before Americans call on others to examine themselves,” he fumed with Jeremiah Wright-style bombast, “we should examine ourselves.”

By this time in Obama’s first term, former Democratic New Mexico Governor Bill Richardson had withdrawn as Commerce Secretary nominee after both liberals and conservatives protested his long record of corruption and incompetence. His political horse-trading with private businesses — campaign donations for infrastructure projects, patronage jobs and board appointments — was so notorious it had earned him the moniker “Dollar Bill.”

In what was just a hair longer than the time it took to dispatch Flynn, Obama took 33 days to throw Richardson to the proverbial wolves.

Then came the next embarrassment, as chronicled by Malking

Malkin wrote more about Obama’s stellar failure in his first 100 days, and we all know the outcome subsequent to that. To put it bluntly, America fared far worse afterward.

But the first 100 days level-set, what we were to experience.

By the end of his first 100 days, Obama had set a turnover record for an incoming cabinet with four major withdrawals. And by the hallowed 100-day mark, Obama had announced less than half of the total Senate-confirmed Cabinet department positions he needed to fill, with only 10 approved — even though the Democrats had an overwhelming majority in the Senate at the time.

As I wrote a while back, President Trump’s advantage lies in his competence. 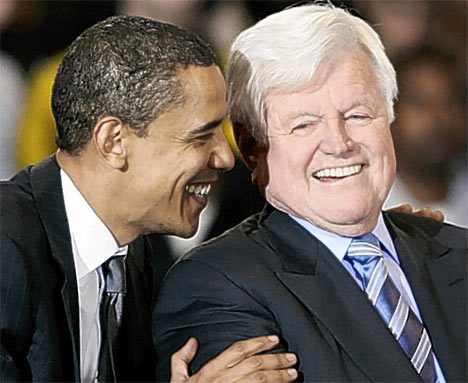 All these moves were consider “tumultuous,” or worse. And we all know the end of the story.

In short, Flynn’s removal is par for the course. Donald Trump has fired many people over the years. Letting people go is not fun, particularly if they are good. Flynn made one mistake. In the corporate world that might be ok. However, in the political world, the optics are far more serious.

You can bet however that President Trump sees this move as “business as usual.” Moreover, he will make sure his next choice understands the role.

Obama inherited his playbook from handlers. He hadn’t a clue what to do, and it showed.