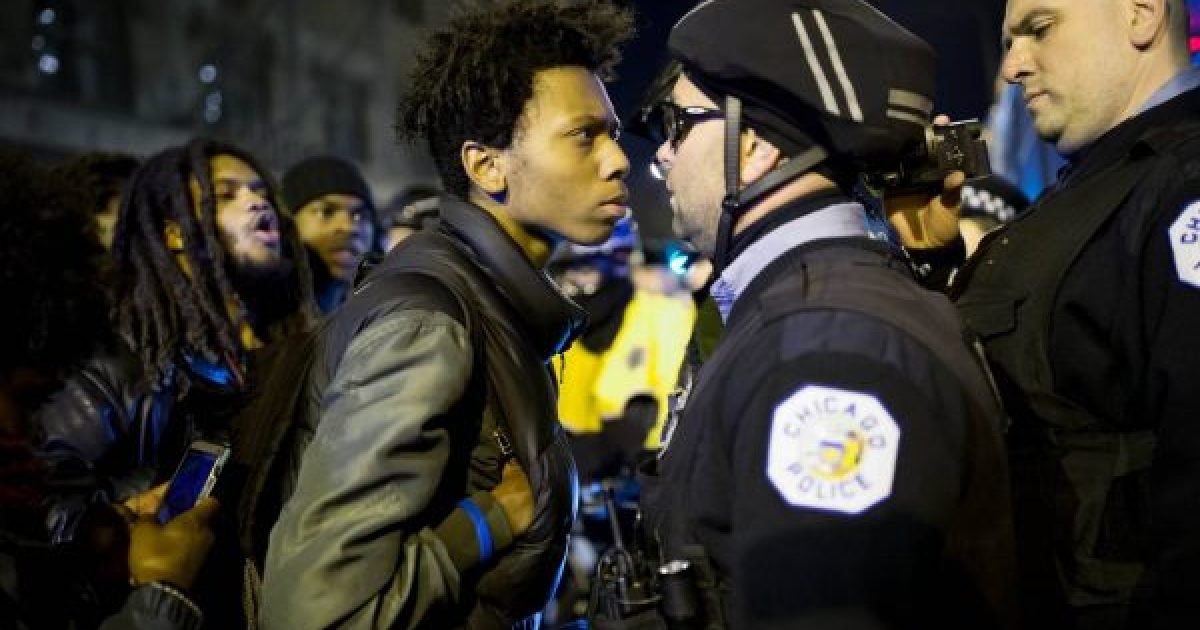 OBAMA LEGACY: Half of Chicago Black Men Unemployed and Uneducated

Blacks expected America’s first black president to help them rise out of poverty and into the American dream.  Then they woke up to Chicago’s thug culture.

Barack Obama was so revered in the leftist black community, he could do no wrong. Despite creating the most uneducated, incarcerated, homeless, drug-addicted, anti-family, America-hating, God-hating, white people-hating group of blacks in the world, black leftists anoint his feet with oil.

“Sadly — and it pains me to say this — over the last decade, black folk, in the era of Obama, have lost ground in every major economic category.”

It gets better, which of course is “leftist-speak” for worse.

From 2009 through 2015, black home-ownership decreased by over 9%. And in what may be the most shocking of all the statistics, under Obama, blacks on food stamps increased by 58.2%.

It’s no wonder the “black areas” of Chicago are a war zone today, entrenched in violence and hopelessness. They got change they could believe in.

The Violence of “Chiraq”

The murder rates in Chicago earned the city the nickname “Chiraq,” as deaths in the city rival those in the Iraq war zone.

The extreme violence choking inner-city Chicago is perpetrated by black men, half of whom are unemployed. The group is mostly uneducated, a product of “government schools.” Most have lost faith, as these men believe they have run out of options.

Many resort to the only option available: crime.

Sadly, these men involve themselves in highly illegal and dangerous occupations. Their “careers” require protection, so you can bet most carry weapons.

Although Chicago has the strictest gun laws in America, those bans have done nothing to curb gun deaths.

As candidate-Trump said: “Give me a chance; It can’t get any worse.”

President Trump campaigned on the promise to help blacks escape poverty. He has set up various apparatus to work on the issue.

He’s already sounded the alarm bell on crime in Chicago. He wasn’t just threatening Chicago, but other American cities. The warning: get your crime in check, or I will.

Obama did nothing to help blacks economically, nor did he make them or anybody else safer or more prosperous.

He stunted America’s economy by increasing business taxes and regulations.

House Budget chairman Tom Price complained that “the result is an economy that is under-performing and denying opportunity to millions of Americans.”

How will blacks rise up and succeed as a whole, versus a select few? President Trump may have the answer.

A study two years ago showed the effect jobs have on “curbing criminal behavior,” reports the Tribune.

Poverty is the culprit, and that’s why the Left employs poverty pimps. What black teens need are more male role models whose success demonstrates what’s possible.