Two Notable Feminists TURNED DOWN ‘Dancing With the Stars’

Can you imagine Hillary Clinton or Michelle Obama dancing, unscripted?

Honestly, I’d rather watch Rosie O’Donnell have sex than to watch either of them dance.

Thankfully, I won’t have to, and neither will anybody else in America.

According to the Mar. 6 issue of Us Weekly, the former first ladies turned down the chance to compete on Season 24 of the ABC reality competition.

Sources told the magazine Clinton, 69, “said no” to producers interested in having the recent Democratic presidential candidate on the show. Obama, 53, who appeared on So You Think You Can Dance? in 2015, and singer Ashlee Simpson also reportedly passed.

Let’s face it, Hillary Clinton couldn’t survive the show. That is unless stumbling around stage with Secret Service personnel counts.

We all remember when Clinton almost walked herself into a coma?!

Remember when Hillary Clinton stagger to the plane after this rally?

Hillary Clinton is greeted by Bill at the Philadelphia airport pic.twitter.com/CDDIXt0UGL

Clinton has kept a low profile since Donald Trump won the 2016 presidential election in November. Obama, meanwhile was spotted outside a SoulCycle gym Sunday in Washington, D.C., after leaving the White House in January. 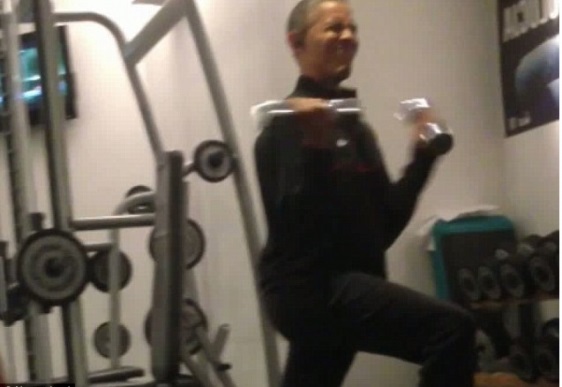 In other words, Michelle would be a different story.

If she had accepted, Leftist America would be witness one of their most notable feminist slamming an effeminate guy around the “boxing ring.” {No, that wouldn’t be a stage and the wouldn’t call it dancing}

I tried to figure out the angle from the media on the two former First Ladies rejection of the iconic show. I couldn’t come up with much. 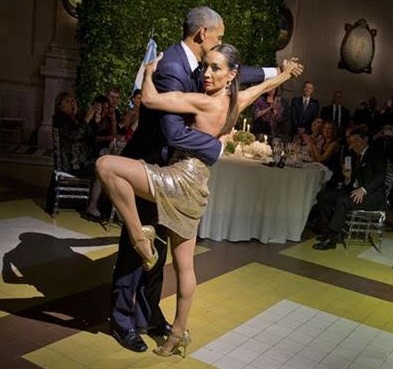 Their schedules are too packed, perhaps. That would fly, however because they have both been retired.

There is an alternative. Perhaps they can get that Obama “chick” to do the show. After all, she is working out. AND as you can see, the former first female president has already shown off her dance moves.