Nancy Pelosi is a vile creature, who often puts her rattlers in her mouth. Recently she said to a woman who’s son was killed by an illegal, that the immigration policy that provided sanctuary for illegals wasn’t to blame.

Yet again Pelosi makes an outrageous statement to a woman.

In a recent CNN Townhall, Pelosi insulted a college student named Brianna Kristyn Roberts who happens to be adopted.

“I am part of the pro-life generation.I believe that abortion is not the answer for unplanned pregnancy.

“My birth mother was faced with a decision that many women today are facing. Without the means of properly raising a child, she chose the most ethical decision and chose adoption. With her courageous and unselfish decision, I now have the ability to thrive and succeed in life.

“Don’t you think everyone needs the ability to thrive and succeed in life?”

Pelosi waited to hear that buzz word…chose. She ignored the point. Without her mother doing what she was supposed to do as the vessel that carries the cradle of civilization, this woman isn’t even born.

Pelosi wholly dismissed the real point, and instead focused on the word “chose.” 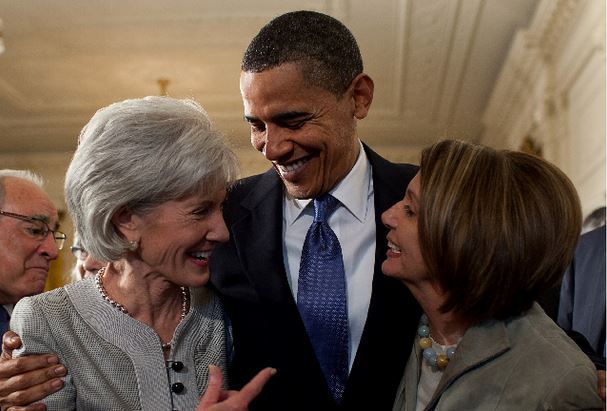 Women do have the opportunity to choose. They choose who they have sex with. They choose whether or not to protect themselves from pregnancy. As fun as sex certainly is, it comes with consequences.

In their view? Only in the view of a moron do you not know when life begins. Life begins at conception.

Lawyers discuss things like “trimesters” and such, but the undeniable fact is life begins at conception. Conception is the beginning for every man, woman, and child who have ever been born, and that’s in the womb or in a test tube.

A woman can pretend not to know if she’s pregnant, and take the “Day After” pill. However, it doesn’t take long for a woman to know she is carry a child.

Ironically, Pelosi takes such pride in her answer she posted the video on her YouTube channel. Keep in mind this is the same woman who said that welfare was stimulus for the economy, and that Barack Obama was a competent president.