In a move sure to rock the Democratic establishment, two moderate leftists will help Trump put a constitutional conservative on the Supreme Court.

Gorsuch is eminently qualified for the position and Democrats know it. Nevertheless, so far only two stand ready to prove that with their votes. But there will be more.

Chuck Schumer has seen the future and he’s not in it.

The Democrats face tough Senate battles in 2018 with mostly Democrat Senators in the race. Ironically, neither of these party heavyweights is up for re-election, which really drives home the problems facing Schumer.

Deal-maker Trump early on tapped Manchin for Secretary of Energy and considered Heitkamp for Secretary of Agriculture in his cabinet. Trump proved that he was more than ready for a bi-partisan administration. Though both senators turned down the posts, they were obviously flattered.

The man that hardliners claimed was a hot-head, incapable of getting along with Democrats proved to be anything but.

It gets worse for Schumer.

It is one thing to vote on the Senate floor, but quite another to go public.

Manchin put out a statement confirming that he not only doesn’t support Schumer’s coming filibuster of the Senate vote, but he will actually support Gorsuch’s nomination.

“After considering his record, watching his testimony in front of the Judiciary Committee and meeting with him twice,” Manchin said, “I will vote to confirm him to be the ninth justice on the Supreme Court.”

“He has a record as a balanced, meticulous, and well respected jurist who understands the rule of law,” Heitkamp said of Gorsuch in a statement. “He has unique and critical experience with tribal sovereignty, Indian law, and public lands issues in the west, and has received the endorsement of numerous tribes and major Native American organizations.”

Manchin also stressed Gorsuch’s qualifications in the statement and noted, ”

“He has come to his legal rulings objectively, through the letter of the law rather than through his own opinion.”

Heitkamp also took to Twitter to announce her vote for Gorsuch.

“One of the most important roles of a U.S. Senator is to vet nominees to fill vacancies on the U.S. Supreme Court and I take that job very seriously. After doing my due diligence by meeting with Judge Gorsuch and reviewing his record and testimony before the Senate Judiciary Committee, I’ve decided to vote in favor of his confirmation.” 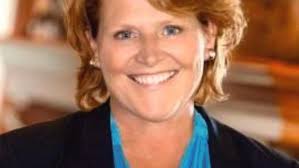 “He has a record as a balanced, meticulous, and well respected jurist who understands the rule of law. … During our meeting and at his hearing, he reinforced the importance of a judiciary that remains independent of the executive and legislative branches of government – and that acts as a proper check and balance on the other two branches of government. I expect him to follow through on that critical tenet.”

Regardless, Senate Republicans are proceeding undaunted. Majority Leader Mitch McConnell (R-KY) declared recently that Gorsuch will be confirmed by Friday, April 7 at the latest.

This statement led speculation by some that the GOP may exercise the “nuclear option,” changing Senate rules to eliminate the filibuster option in future Supreme Court fights.

Today’s announcements by Manchin and Heitkamp make the nuclear option potentially unnecessary, which would be good for congressional Republicans in future legislative fights. Given the trajectory of Democrats, there is little worry about the nuclear option backfiring for the foreseeable future.

These Democrat senate defections speak volumes, and Schumer knows it. So do the rest of the Democrats.