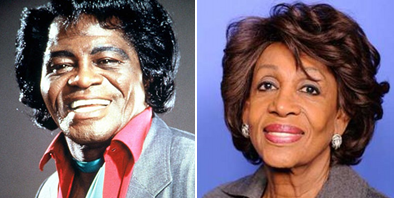 It’s time we all face the facts. This controversial political atmosphere has killed an important side of America. The humorous side.

This time it was Bill O’Reilly who stirred the pot. He had Angela Rye, CNN contributor, so upset that she tweeted this:

Of course, O’Reilly was clearly joking.

What really happened was simple. Maxine Waters went on one of her rants.

“Trump is the devil. Liberals are protecting America. And let’s not forget this one: Democrats are more patriotic than Republicans, blah blah blah.”

O’Reilly listened in as the video of Maxine played. He made a few mocking gestures, then he joined the Fox & Friends discussion.

O’Reilly seemed at a loss for words until he commented:

‘I didn’t hear a word she said, I was looking at her James Brown wig.’

Now it’s pretty clear. O’Reilly was crossing over from political commentator to comedian. But now the loving and tolerant left we have come to know so well is demanding his job!

Is it even worth it to point out the Left sits around waiting for Saturday Night Live to rip Trump? Or is pointing out the hypocrisy of Liberals done so often now that it’s become boring??

If the Left can say Trump is the orange Hitler while mocking his hair, then Maxine can own her James Brown rip-off.

O’Reilly is probably right about one thing. He said “Maxine Waters should have her own sit-com..it’s just..you know people get angry with Maxine Waters. I want more of it!”

O’Reilly added tha he believed Waters is ‘sincere’ in her delusion. Heck, he went a little too far if you ask me. O’Reilly actually said, “She’s not a phony”.

Obviously, Bill missed out on the #KevinJackson show and his take on Maxine Waters. Jackson called Waters a joke.

Below is what Waters said of Leftists.

And that’s when it happened. O’Reilly lost his train of thought. Then he compared Waters to James Brown.

To be fair, most of his co-hosts agreed!

According to Media Matters:

BILL O’REILLY: I didn’t hear a word [Rep. Maxine Waters (D-CA)] said. I was looking at the James Brown wig. If we have a picture of James, it’s the same wig.

BRIAN KILMEADE (CO-HOST): And he’s not using it anymore. They just — they finally buried him.

EARHARDT: Her hair is pretty.

OREILLY: I love James Brown, but it’s the same hair, James Brown — alright, the godfather of soul — had.

EARHARDT: So he had girl hair.

O’REILLY: Whatever it is, I just couldn’t get by it.

You know, James Brown once said, “The one thing that can solve most of our problems is dancing!”

Maybe Congress should give it a try. Maxine already stole Brown’s hair, maybe she can teach her fellow legislators some of his moves! #Yowzers