World’s Dumbest Criminals redux. When the bomb you planted doesn’t detonate, just ask a police officer what happened to it.

But that’s what this criminal did whom you will soon meet.

Idiocy by the Numbers

During Wednesday night rush hour, Port Authority police noticed an abandoned briefcase on the first floor of the bus terminal inside an eatery called Deli Plus. The Port Authority bus terminal handles more than 65 million people per year, making it the largest in the U.S. and busiest in the world.

Officers took the suitcase to a police substation inside the bus terminal where a PAPD K-9 unit inspected it. They discovered an “improvised explosive device,” along with a knife, bolt cutters, and screwdrivers inside the suitcase. At that point, the NYPD Bomb Squad was called to the scene.

That unit determined the device was indeed a bomb and took it to a secure location at Rodman’s Neck in the Bronx. When investigators found “a fuse assembly, a cardboard tube, and black gunpowder,” officers safely detonated the device by applying heat to the suitcase.

How would police find the criminal who left a bomb in the middle of a bus terminal? As it turns out, the culprit made it fairly easy for them.

First, surveillance video captured him in the act of planting the suitcase around 5:00 p.m., according to police sources.

Next, around 8:00 p.m. Arsenio Mason, 39, returned to Deli Plus and made a beeline for a Port Authority police officer, and said:

“I’m looking for my briefcase I left over there,” and pointed to the bench where the bomb was left.

Mason matched the description of the person who planted the bomb, who was earlier caught on surveillance video. So, police arrested the Jersey City resident.

Turns out, this fugitive is a repeat offender who violated parole in California. Further, he has a criminal record in multiple other states. 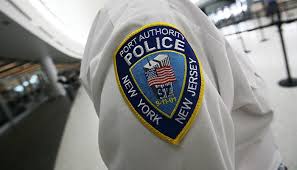 Judge Herb Moses set bail at $500,000 cash or $750,000 bond. However, Mason’s fugitive status meant automatic remand, by the court. Here’s hoping all future aspiring bomb planters are just as inept (unable to make a bomb) and idiotic (turn themselves in when it doesn’t go off). Dumb criminals keep American streets safer.