So far absolutely no proof has surfaced that Russia interfered in our election. However, there is proof that someone interfered in foreign elections. Are you ready for a hypocrite alert? 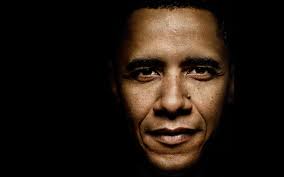 Rex Tillerson hasn’t been Secretary of State long, but he is already taking on a juicy scandal. Proof has emerged that good ole Barack Obama interfered in foreign elections. According to a letter written by top senators, the Obama Administration tried to manipulate elections. They sent our tax dollars to  “extreme and sometimes violent political activists”.

You can bet those who received funds subscribe to the Leftist Agenda.

According to Allen West:

The lawmakers disclosed multiple conversations with foreign diplomats who outlined active political meddling by the Obama administration’s State Department, including the use of taxpayer funds to support leftist causes in Macedonia, Albania, Latin America, and Africa.

A portion of this State Department funding appears to have gone to organizations supported by the controversial liberal billionaire George Soros, according to the letter, which was authored by Republican Sens. Mike Lee (Utah), Jim Inhofe (Okla.), Thom Tillis (N.C.), Ted Cruz (Texas), David Perdue (Ga.), and Bill Cassidy (La.).

These senators want to see a full-scale investigation into these funding efforts. Soon Leftists may find that Obama and Putin are one in the same.

Obama didn’t try to conquer oppression or ensure democracy. Instead, his administration promoted only leftism around the world.

The latest disclosures of this activity mirror efforts by the Obama administration to send taxpayer funds to Israeli organizations that opposed Prime Minister Benjamin Netanyahu in the country’s last election.

Political leaders from a range of nations spent months informing the lawmakers about these activities.

“Over the past few months, elected officials and political leaders of foreign nations have been coming to me with disappointing news and reports of U.S. activity in their respective countries,” Lee said in a statement. “This includes reports of diplomats playing political favorites, USAID funds supporting extreme and sometimes violent political activists, and the U.S. government working to marginalize the moderates and conservatives in leadership roles.”

“This sort of political favoritism from our missions around the world is unacceptable and endangers our bilateral relationships,” he said.

What will an investigation show?

Rex Tillerson’s widespread investigation would review all funds said to promote democracy. More so, it would shed light on the distribution of taxpayer dollars to causes meant to spread Leftism abroad. Additionally, the lawmakers calling for the investigation outlined specific evidence of meddling.

“We have received credible reports that, over the past few years, the U.S. Mission there has actively intervened in the party politics of Macedonia, as well as in the shaping of its media environment and civil society, often favoring left-leaning political groups over others,” they wrote.

“Respected leaders from Albania have made similar claims of U.S. diplomats and Soros-backed organizations pushing for certain political outcomes in their country,” the lawmakers wrote.

“Time and again, foreign leaders visiting Washington have expressed concerns to us about how American taxpayer funds are being used counterproductively in their respective countries,” the lawmakers disclosed, referring to efforts undertaken in Latin America and Africa.

This type of interference in foreign countries must stop immediately, the lawmakers said.

Now that Rex Tillerson is head of the State Department, Obama might finally face the music. He’s the real meddler.