HOLLYWEIRDO: ICE DEPORTED All My Mexicans

When rich liberals have the money to hire American citizens but choose to hire cheap illegal aliens, they deserve what they get.

Chaz Bono, the former daughter-turned-son of Cher and the late Sonny Bono, wants the world to know the crimes perpetrated against him by the Trump administration.

“My housekeeper’s helper along with husband & children were arrested by ICE. @JerryBrownGov What R you doing about this?”

Chaz treats a state governor as his own personal assurance of his right to break federal laws. The celeb also pays his housekeeper so well, that she can afford her own housekeeper. AND, that servant, along with the celebrity’s housekeeper’s family all live the high life, illegally, in the U.S.

The real outrage is that criminal illegals believe their boss can demand relief from a governor against a sitting president.

“We have now reached a period of exponential Fabian Socialism where the carefully designed ‘underclass’ are so enlightened they actually have their own secondary ‘underclass’ of conscripted illegal alien assistants.”

As usual, Twitter provided a much-needed reality check for leftist residents of the Hollywood bubble.

“What is a housekeeper’s helper? Is that like a butler for a butler?”

“Breaking News – @ChazBono admits to being too damn cheap to pay an American Housekeeper.” 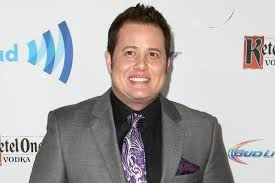 “Most Americans don’t have housekeepers, so Zero sympathy points there. Also, you hired illegals? Tell us more. @JerryBrownGov”

“Good on ya that you’re rich enough to afford housekeepers. Why would you hire illegals? Did you report their wages to the IRS? #Questions”

“Why do you have illegal help? Trying to get cheap labor? Not fair to anyone.”

“Why were you exploiting illegal aliens to get your house cleaned cheaper, & screwing citizens who need jobs? #HireAmerican #BuildThatWall”

“*Break the law, *Get busted by feds, *Tweet at the Governor”

“I want to be rich enough that my servants have servants.”

“My housekeeping, who is a legal U.S. resident, shared a deportation story with me of woman she works with sometimes. I think it’s awful!”

A “legal U.S. resident,” but presumably not an American citizen. This means Chaz chose to hire cheap foreign labor, rather than giving living wages to American workers. This is why liberals will continue to lose elections. They have lost the white working class because they are fighting to maintain celebrity privilege that hires foreign rather than American employees.