How does one sell the “I have hairy armpits and I think with my vagina” movement to sane women?

You can’t. But that won’t stop at least one radical feminist from trying.

Most conservative women believe that women are empowered in this country. They may realize that women can do more, but they certainly are no longer being kept down by men.

As The Daily Caller reports, Camille Paglia wants to widen the feminist tent. 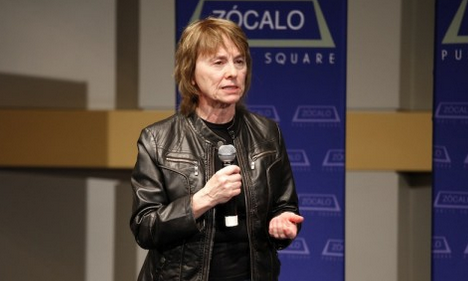 Feminism should embrace a more diverse range of women and avoid being associated with a single political party, according to feminist and social critic Camille Paglia.

“I don’t like the way feminism has gotten bogged down by being identified with one party: my party, the Democratic Party,” Paglia said Friday during an appearance on Sean Hannity’s radio show.

Paglia, the author of “Free Women, Free Men: Sex, Gender, Feminism,” said she does not like the current direction of the feminist movement and would prefer to see it include a larger swath of women.

Perhaps feminists should re-examine their doctrines?

Unfortunately, they can’t. Because that examination will conclude that, like unions, there is no longer a need for feminists.

Should women have their interests taken seriously? Certainly. But as part of the human race. In as much as women deal with their uterus, men deal with our prostates. However, men don’t need a “Planned Parenthood” for our reproductive rights.

Therein lies the problem. What about the women who understand that the child has rights?

As a corollary, I despise men who don’t take care of their children. These men condone abortion, for example. However, they remain “men” as we define them by gender. I don’t fight for them, but I don’t fight against them necessarily.

In this respect, feminist women can learn much from men. But there may be hope.

In her Friday interview, Paglia also took aim at entertainers who fancy themselves political commentators.

“They had every right to say what they wanted,” she said of the women who spoke at January’s Women’s March. “It just is these actresses and these performers — and I am a teacher at an art school and feel very close to the arts — they seem to think that the only way they can have any importance in the world is by showing they’re deep thinkers about politics. And in fact it is embarrassing.”

On this, I agree with Paglia wholeheartedly.