The media does President Trump no favors. The Washington Post has a personal vendetta against the president, and other outlets are just as unforgiving.

But perhaps they are seeing the error of their evil ways, and will begin reporting the truth?

According to The Daily Caller, 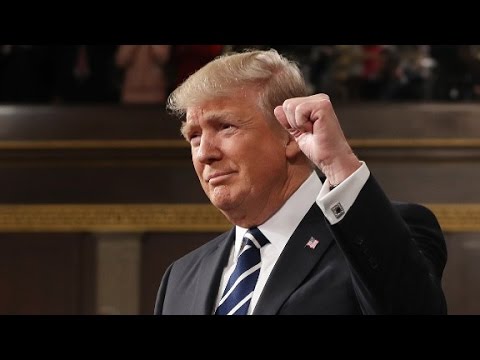 Nearly every word of President Donald Trump’s first address to Congress was true, according to The New York Times fact check.

Reporters from the NYT sourced through each statement the president made in Tuesday night’s speech, which touched on: violent crime, immigration, border control, health care reform, labor, and energy. While the NYT labeled Trump’s comments as true, it did hedge heavily a few times, expressing reticence to call the president’s statements “true.”

For instance, the president addressed the rise in violent crime in the nation. Trump said the “murder rate in 2015 experienced its largest single-year increase in nearly half a century.” There were an estimated 15,696 murders in the U.S. in 2015, a 10 percent increase from 2014. The NYT concedes that fact, but it includes a caveat, labeling the president’s statement as “true, but somewhat misleading.”

The president’s statement is misleading because crime has been “falling for a generation,” the NYT reports. “In 1991, the F.B.I. estimated that there were 24,703 murders.” The president, however, was not addressing the fluctuations in crime rates in a general sense. His comments were specifically in reference to 2015’s murder rate, and not aimed at the overall trend in crime.

Yet again, President Trump confounds the media, by speaking truth.

How could you listen to that speech and not feel the connection the president has with the American people? Moreover, regardless of your politics, there was little in that speech with which a taxpayer citizen of America could disagree.

The so-called fact-checking organizations are mostly Leftists, which make this story even more extraordinary. It won’t take much longer before Leftist America gets it. They will soon learn that President Trump’s only agenda is to Make America Great Again.