Obama did all he could to loot the treasury. Mostly to pay off his cronies, and to guarantee the expansion of government.

Most Americans recognize that ObamaCare was a financial boom for the Fed. The legislation provided nothing to the people who funded it. However, there was an even more egregious act of larceny that occurred on the American taxpayer. Obama hid over $77 billion.

President Donald Trump will find the job of reining in spending on climate initiatives made harder by an Obama-era policy of dispersing billions of dollars in programs across dozens of agencies — in part so they couldn’t easily be cut.

“Much of the effort in the Obama administration was to mainstream climate change,” said Jesse Keenan, who worked on climate issues with the Department of Housing and Urban Development and now teaches at Harvard University. He said all federal agencies were required to incorporate climate-change plans into their operations.

Ask yourself, “Did you vote on climate change?” Frankly, I know I didn’t.

In fact, I don’t want a nickel of my money going towards this absolute nonsense. Moreover, President Trump believes that as well, as the article suggests:

The Obama administration’s approach will be tested by Trump’s first budget request to Congress, an outline of which is due to be released Thursday. Trump has called climate change a hoax; last November he promised to save $100 billion over eight years by cutting all federal climate spending. His budget will offer an early indication of the seriousness of that pledge — and whether his administration is able to identify programs that may have intentionally been called anything but climate-related.

Climate Farce by the Numbers

The last time the Congressional Research Service estimated total federal spending on climate was in 2013. It concluded 18 agencies had climate-related activities, and calculated $77 billion in spending from fiscal 2008 through 2013 alone. 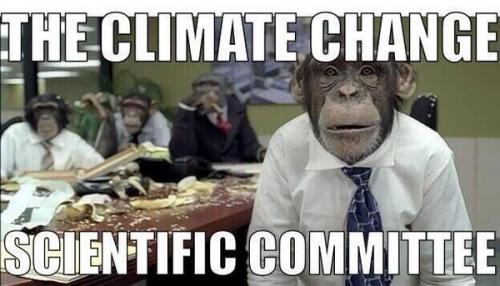 Speculation is that these figures are too low. Apparently, Obama hid climate farce in legislation, stealthily spreading cancer throughout government.

“Given the relationship that existed with Congress on the issue of climate change, you will not readily find many programs that are entitled ‘climate change…’”

At the Department of Defense, for example, anything with the word climate triggered “a target in the budget process,” she said.

Here are a few examples of how Obama and his minions hid legislation and parked billions of taxpayers’ money.

Then there were the departments who increased their budgets for climate farce:

Republicans tried to force the administration to offer a summary of climate funding, when senior House Republicans sent a letter to Obama’s budget director last year. Consequently, they demanded to know how much money was to go towards climate programs in FY 2015 and 2016.

Remember how Obama implemented ObamaCare. They linked it to the existing healthcare system, set up exchanges, and now have the IRS as attack dogs. Therefore, ObamaCare knarled the budget in such ways that to extricated it now takes a Herculean effort. Climate farce requires the same time of untangling.

I love this part of the article, where the author discusses what happens when weather occurs:

Any cuts may face opposition in Congress, as Democrats and some Republicans support the spending, especially that to help communities withstand floods, hurricanes or droughts associated with climate change. Wednesday, a group of 17 Republicans announced their support for climate science — and policy measures to address it.

“Budget cuts to programs — or elimination of entire agencies — designed to help stem the costs of climate change will only hurt ranchers, agriculture producers, and coastal communities already experiencing the impacts of this global challenge,” Christy Goldfuss, managing director of the Council on Environmental Quality in Obama’s White House, said by email.

The global challenge of weather. Have these people actually watched The Weather Channel?

Like members of the Republican Party, I say to the president, dislodge these programs asap.

“The climate funding has spread to almost every aspect of the federal government with sometimes wacky results,” said Morano, who doubts global warming and runs the website climatedepot.com. He cited one example of a Department of Transportation query about the link between climate change and fatal car crashes.

You can bet there are many others. Thankfully, this farce ends soon.