Barack Obama wouldn’t release his grades, because he knew the grades would expose that he’s an idiot. He is.

However, when it comes to covering his ass, he’s pretty clever.

Obama had his personal press secretary issue a statement about his involvement in the Trump office wiretap. Valerie Jarrett tweeted about it.

Jarrett acts like this is proof of Obama’s innocence. Negro please!

However when you read between the lines, it’s easy to see Obama’s handiwork.

Obama never interfered in anything. For all intents, outside of ObamaCare (a disaster), and killing Osama bin Laden, something for which he takes full credit, the man did nothing.

Obama was clever enough to have minions do all his bidding. 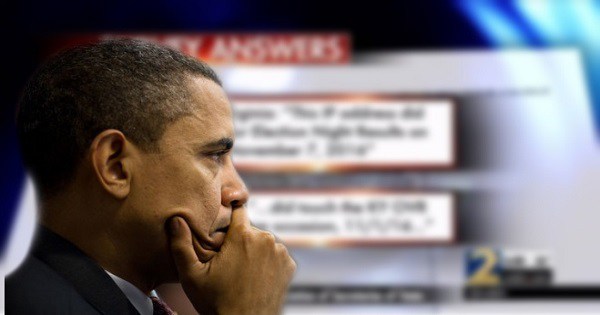 To believe that Obama didn’t tap Trump’s office is to believe he knew nothing about the following:

And the list of scandals goes on. Nevertheless, as Obama sees it, there were no scandals in his administration. The notion that he believes that confirms the likelihood that Obama knew all about Trump’s offices being tapped.

Obama used his time as president to set up his “shadow government.” Democrats help, because Obama gathered enough dirt on them for five lifetimes. He did the same with Republicans.

This is why President Trump MUST drain the swamp.

What we will learn soon is that President Trump’s office was bugged. Will we find the culprit; who knows. But understand that his election has upset the balance of power, returning it to its rightful owners…the people. This has Washington terrified.

President Trump has disrupted the entire food chain in DC, from the biggest politicians, to the low-level lobbyist working his or her way up the ladder.

He is and will remain under fire. President Trump must run the most up and up administration in history, with full transparency. He must institute a shadow government of his own that outs those lurking in his organization. Recall we wrote of RNC #2 Katie  who was outed as the White House leaker.

Well there are many more. President Trump will find them, and I hope he prosecutes a few of them to make examples of them.

Happily, he will get things in order, and use his own media engine, Twitter, to get the truth out.

One thing is for sure: Leftists won’t be talking about the Russians much this week. They are now in CYA mode, as they know Trump is on to them.