Remember when Barack Obama claimed the FISA court was transparent?

The man who has sued more journalists than all presidents combined has a funny definition of transparency. Furthermore, how many FOIA requests were either slow-walked or completely denied under Obama; the man who promised the most transparent administration in modern history?

Politifact did a bit of homework on FISA courts, with shocking findings: 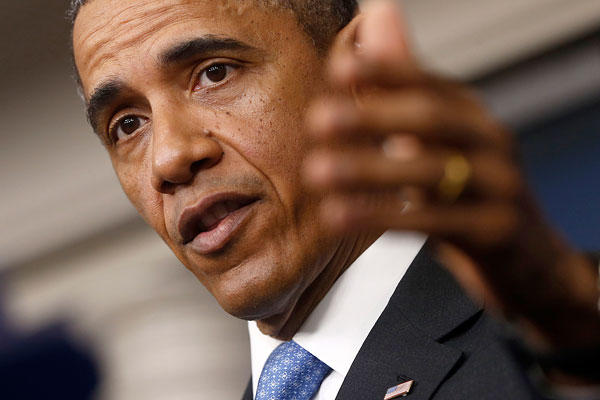 All hearings and decisions are conducted in secret. The public disclosure of the court’s activities is sharply limited, consisting of two sets of statistics sent annually in a letter sent to Congress — applications for surveillance or physical searches, and applications for business records.

According to the most recent letter, about 98 percent of the 1,856 applications for surveillance and searches in 2012 were approved outright, with one withdrawn and 40 others modified. In addition, the government made 212 application for business records. The government modified 200 of these applications, but none was denied.

In an interview with Charlie Rose on June 17, 2013, Obama defended himself described FISA surveillance.

Obama tried to curb criticism for his use of the NSA and other federal agencies to monitor telephone and internet traffic:

Rose: “So I hear you saying I have no problem with what NSA has been doing.”

Obama: “Well, let me finish, because I don’t. … (The FBI has) to go to the FISA court with probable cause and ask for a warrant.”

Rose: “But has FISA court turned down any request?”

Obama: “First of all, Charlie, the number of requests are surprisingly small, number one. Number two — folks don’t go with a query unless they’ve got a pretty good suspicion.”

Rose: “Should this be transparent in some way?”

Obama: “It is transparent, that’s why we set up the FISA court. The whole point of my concern before I was president — because some people say well, Obama was this raving liberal before, now he’s Dick Cheney. Dick Cheney sometimes says, ‘Yes, you know, he took it all, lock stock and barrel.’ My concern has always been not that we shouldn’t do intelligence gathering to prevent terrorism but rather are we setting up a system of checks and balances?”

And who can forget this video of Maxine Waters discussing Obama’s big database.

One has to wonder how Obama assembled all that data?

There is a simple solution to the FISA fiasco of the Obama administration’s creation.

The Senator also noted that Obama’s spokesman said the accusations are false.

“The President today made some very serious allegations, and the informed citizens that a republic requires deserve more information,” Sasse wrote in his statement.

“If there were wiretaps of then-candidate Trump’s organization or campaign, then it was either with FISA Court authorization or without such authorization,” Sasse continued.

But the Nebraska Senator continued on a grave note, saying, “If without, the President should explain what sort of wiretap it was and how he knows this. It is possible that he was illegally tapped.”

Sasse then added that if the allegations were true, then there will be evidence in FISA court records.

We agree with Senator Sasse. Thus, we will soon offer a petition for you to join us in getting these records to the public!