UNFORGIVEABLE: Red…White…and Banned in the USA

If It “Offends” You, Why Are You Here?

Students from The Valley High School in Des Moines, Iowa were forced to apologize for their ‘offensive behavior’ during a recent basketball game. The crime?

Several students wore USA-themed attire during the game. Wearing of the flag was seen by many of the academic administrators as ‘offensive,’ because some of the rival school’s players were from refugee families.  In a comment to the media, the Des Moines North High ‘assistant’ coach

In a comment to the media, the Des Moines North High ‘assistant’ coach threw the Valley High students, the school, and the country under the proverbial bus:

“Any normal person, any educated person can look at that and think what the hell are these kids thinking,” said coach Morgan Wheat.

It has been brought to our attention that the decision by the Valley High School student section to wear U.S.A. apparel at our game last night was offensive to members of your community and fan base. We are deeply sorry if we have offended anyone in any way. We have traditionally dressed in such a fashion for great games such as the one last night. Everyone here at Valley has immense respect not only for your team and players but for your community as a whole. Please know that our intent was in no way to offend or demean—just to support our own team in a way we have done before. 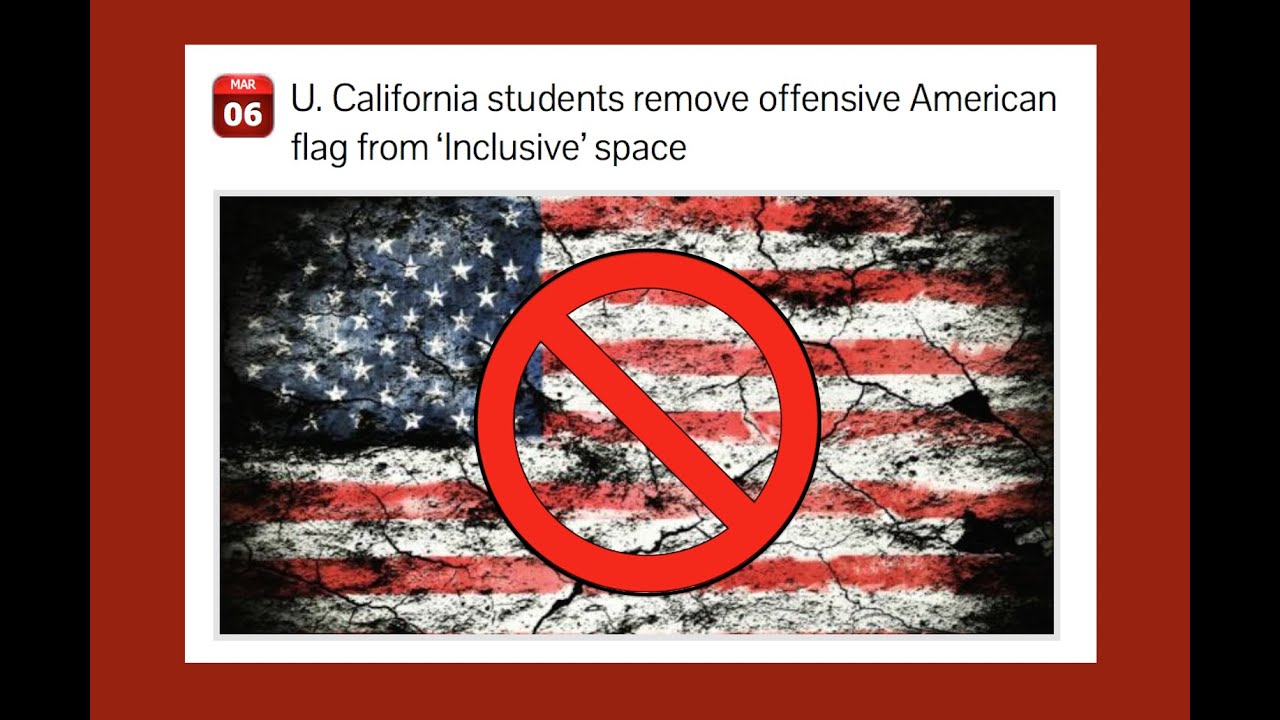 At least the Des Moines North head basketball coach was more diplomatic than his own assistant coach.

The Coach was quoted in the Des Moines Register:

“I don’t want to judge those young people not knowing their motives. … We’re proud of our diversity at North High School — not only on our basketball team, but our population,” said Chad Ryan.

Ryan said he was focused on North’s fans and the players that evening during the state tournament game. He said he did not notice the U.S.A. apparel.

“I get so into the game I block that stuff out,” Ryan said.

In other words, Coach Ryan focused on ‘the game.’ What a xenophobe?

One would think a refugee family would be the first appreciate the red, white, and blue of the adoptive country that has just welcomed them in.

Unfortunately, this American self-loathing ‘micro-aggression’ has only ballooned in recent years. Remember when UC Irvine’s Student Government voted to remove the American flag from its campus? Then other colleges followed suit including Hampshire College that refuses to fly ‘racist’ American flag claiming:

Hampshire College’s reasoning for the decision was that it wanted to “focus our efforts on addressing racist, misogynistic, Islamophobic, anti-immigrant, anti-Semitic, and anti-LGBTQ rhetoric and behaviors.” This comes on the heels of the college being criticized for flying the Stars and Stripes at half-mast following the election results.

Washington DC’s American University, where many congressional staffers and interns attend, held a flag burning ceremony after the November 8 election the socialist Ivy League elite Brown University where flags were torn up and desecrated just ahead of a Veteran’s Day observance event.

High schools in Michigan were banned from chanting, “USA” during the 2016 season because it was seen as supporting ‘Donald Trump racism’. 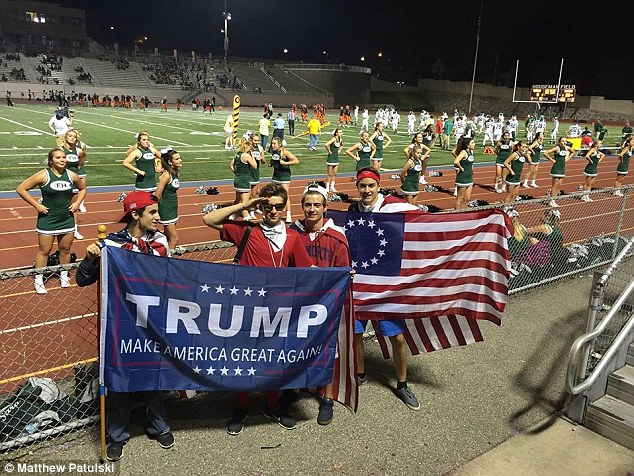 In South Carolina, a school principal removed the American flag at football games because felt it was a ‘taunt’ against a rival school with a large minority population.  This controversy has also taken place in Texas during a basketball playoff tournament and New Jersey where the USA chants were deemed racist.

…But They Will Not Take ‘Our Freedom’!

Students at Fruita Monument High School were told they could not wave flags, including American flags, in the school’s parking lot because of unwanted distraction, according to school’s principal.

“I don’t see how you can pull someone’s right to walk in graduation because they were being patriotic,” said Fruita Monument High School senior Keegan Bogart.

“My buddy was kicked out for having [a flag] in his truck, and they threatened to expel Colt Chatfield for it, and they told all seniors that they would not walk [in graduation] if we continued to display flags in the school’s parking lot,” said Bogart.

The school’s principal said some were being ruled inappropriate and offensive to students.

The students rallied together to push back against an assault on their freedom. The school administration relented and allowed the flags return.

And The Children Shall Lead The Way.