Hillary Clinton has balls. No, really!

The notion that misogyny played a role in her loss fascinates most Americans. 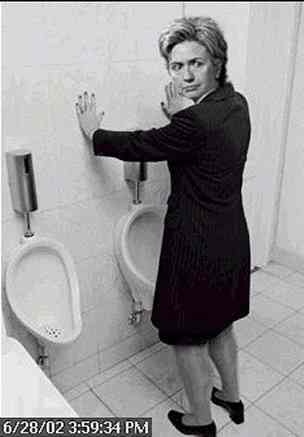 Hillary Clinton’s past dictates that she not steer too close to the sun on this subject.

Juanita Broderick certainly knows the real truth. Recall that Broderick alleged that Bill Clinton raped her, when she inquired about working on his gubernatorial campaign back in 1978.

After keeping quiet about the assault for many years, Broderick came forward. And it was Hillary Clinton who waged war against Broderick and the many other Clinton accusers.

As has been noted about Hillary Clinton, when it came to protecting her investment, Bill Clinton, Hillary wore the brass knuckles and she wasn’t afraid to use them.

Yet, when Hillary Clinton sat down for her first interview since the election to discuss her new book she pulled the “Woman Card.” Clinton blamed misogyny as one of the causes for her loss to Trump.

Note that Hillary Clinton didn’t mention that her misandry, ergo hatred of men might have caused any misogyny she felt.

“In the chapter on misogyny does Hillary discuss her attempts to destroy victims of Bill Clinton?”

In the chapter on misogyny does Hillary discuss her attempts to destroy victims of Bill Clinton????? https://t.co/Ozdoni5b74

How much dissection of Clinton’s loss is needed?

Hillary Clinton lost because America saw through years of her bullshit. And for the record, we saw through much of the bullshit of Leftists in general.

It’s incredible that we even discuss her loss. What’s more amazing is the fact that she actually had a shot at winning. That point scares most people with any amount of brain-matter.

As for Broderick’s allegations, she stands on terra firma.

Hillary Clinton has wrestled with allegations surrounding her husband’s infidelities for much of their 40-year marriage, including a sexual harassment lawsuit, a grand jury investigation and an impeachment vote centered on his untruthfulness about a relationship with a White House intern.

Here are two of seven instances where “misogyny” played a part in Hillary Clinton’s smear campaign against women who rightfully were wronged by Bill Clinton:

In an ABC News interview in 1992, Hillary smears Gennifer Flowers, a women Bill would later admit to having an affair with, as “some failed cabaret singer who doesn’t even have much of a résumé to fall back on.” Hillary also referred to Flowers as “trailer trash.”

2. Hillary slams former White House intern Monica Lewinsky as a “narcissistic loony toon” after she had consensual relations with her husband in the Oval Office.

CBS News reports: “According to the friend, Diane Blair — a political science professor whose papers were donated to the University of Arkansas Special Collections library – Hillary Clinton credited Bill Clinton with trying to break away from Lewinsky, whom she called a ‘narcissistic loony toon.'”

So for Hillary Clinton to blame men for her issues bewilders me.

Without knowing anything more about Hillary Clinton, I know that America dodged not a bullet, but a nuclear blast. We are blessed by God to now say “Madame President,” whatever Her Lowness would demand to be called.