Remember Happy Days? The iconic sitcom that gave us the Fonz.

Many of us grew up watching the 70s TV show, in the days before Hollywood succumbed to the dark side. Happy Days had all the elements. But mostly focused on family and friendships.

One of the stars of the show was Erin Morin who played Richie Cunningham’s little sister.

According to FOX, Erin Moran has died at the age of 56 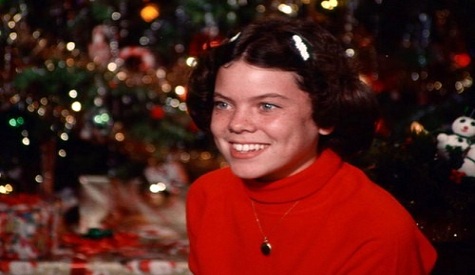 After being in the spotlight during the 70s while she played Joanie, the younger sister of Ron Howard’s character on “Happy Days,” Moran fell upon hard times with drinking and bizarre behavior, that eventually led to her living in a trailer park, the website says.

Authorities in Indiana received a report of an “unresponsive female” just after 4 p.m Saturday. They responded, but Moran had already passed away, TMZ reports.

Moran didn’t do much after the sitcom ended.

Like many Hollywood stars, she ended up in oblivion and fell on hard times.

According to TMZ, Moran’s body was found unresponsive Saturday afternoon by authorities in Indiana. The cause of death is unknown.

The California-born actress was reportedly kicked out of her trailer park home in Indiana because of her hard-partying ways.

Henry Winkler, who starred opposite Moran as The Fonz in CBS’ iconic series, tweeted: “OH Erin…now you will finally have the peace you wanted so badly here on earth. Rest In It serenely now…too soon.”

Moran was just 14 when she signed on to play Ron Howard’s sister in the family comedy, which aired from 1974 to 1984.